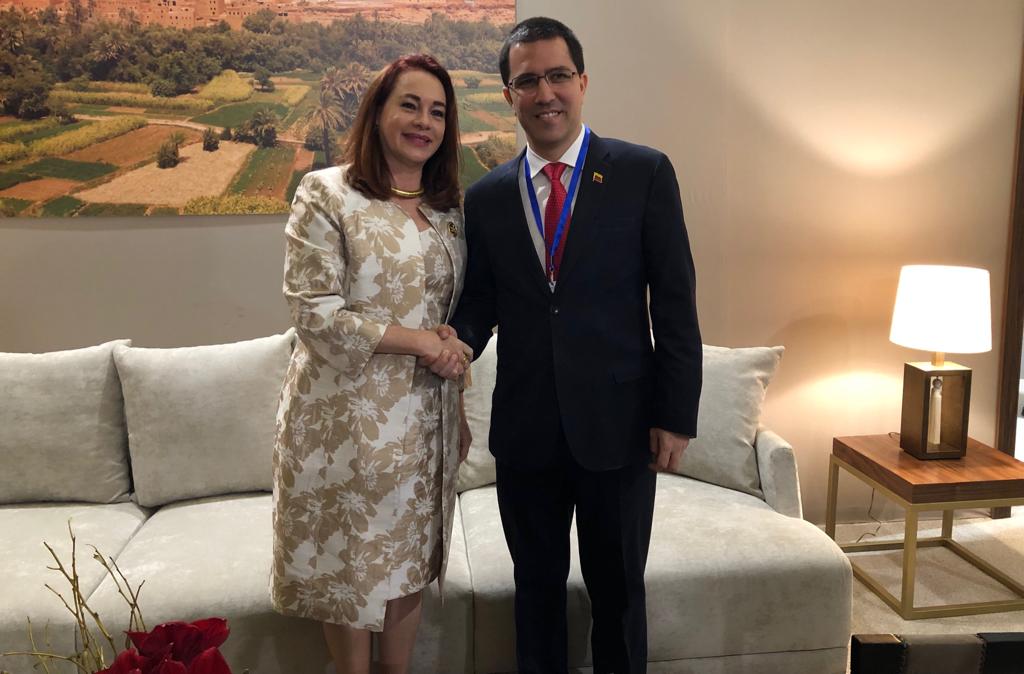 On Monday, the FM of the Bolivarian Republic of Venezuela, Jorge Arreaza, held a working meeting with the President of the General Assembly of the United Nations (UN), María Fernanda Espinosa.

During the bilateral meeting, both diplomats analyzed their opinion on the impacts on the adoption of the Global Pact for safe, orderly and regular migration.

In this regard, the Venezuelan Foreign Minister and the President of the UN General Assembly reaffirmed their interest in strengthening relations of friendship and cooperation between the organization and the Bolivarian Republic of Venezuela.

Earlier FM Arreaza, expressed during a meeting in September his sincere congratulations, after her election as president of the General Assembly of the UN, while thanked the support she has shown with the people and Bolivarian Government.

“We congratulate María Fernanda Espinosa, the first woman of Our America to preside over the General Assembly of the United Nations”, said Arreaza in his Twitter account @jaarreaza.