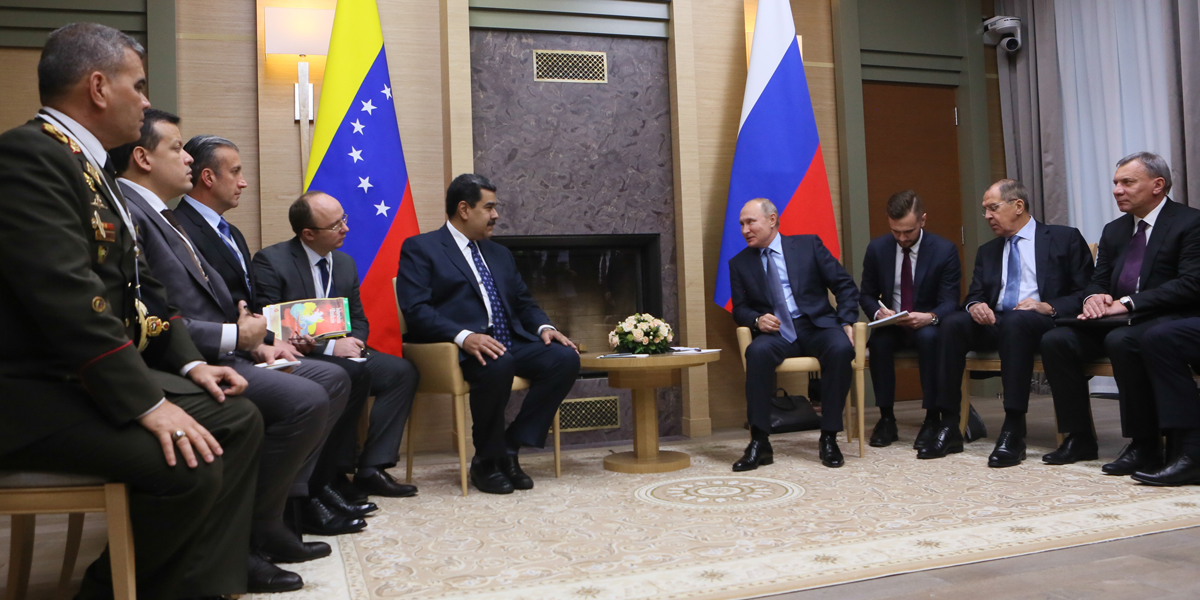 President Vladimir Putin will condemn any attempt of aggression against Venezuela

The President of the Bolivarian Republic of Venezuela, Nicolás Maduro, and his Russian counterpart, Vladimir Putin, once again shook hands on Wednesday, at a meeting held in Moscow, in order to strengthen trade relations and strategic cooperation between the two countries.

The leaders reviewed the bilateral cooperation agenda and expressed their support for a peaceful solution in Venezuela, facing the situation of economic war and external aggressions, informed to the media the Russian presidential adviser for international affairs, Yuri Ushakov.

Also present at the meeting were the Vice President for the Economic Area, Tareck El Aissami, and the People’s Power Minister for Defense, Vladimir Padrino López.

“Russia will condemn any attempt to change the situation in Venezuela by force, we support its efforts aimed at achieving mutual understanding in society and all its actions aimed at normalizing relations with the opposition”, Putin told President Maduro.

Ushakov stressed that Russia hopes that “the municipal elections of December 9 in Venezuela will be held without infractions or provocations”.

“Any external pressure on the government of President Nicolás Maduro is counterproductive and does not help to calm the situation or achieve stability in this country”, he said adding that “all internal problems that exist must be resolved through open dialogue between the Venezuelan political forces with respect to all constitutional norms”.

For his part, the president, Nicolás Maduro, presented President Putin with the economic program that is being promoted in Venezuela to end the economic war with which they attack the Homeland of Bolívar. It is a “quite comprehensive program, which can be perfectly integrated into the economic vision of cooperation between Russia and Venezuela”.

“For 100 years, our region, Latin America, has been a victim of aggression and threats, but we have found the perfect point to move forward. We are standing and winning”, assured the National Head of State.

Both presidents pledged to keep the relations of brotherhood through the High Level Intergovernmental Commission (CIAN) Venezuela-Russia, which 14th meeting will be held in the first quarter of 2019. Currently, there are more than 250 cooperation agreements between both nations .