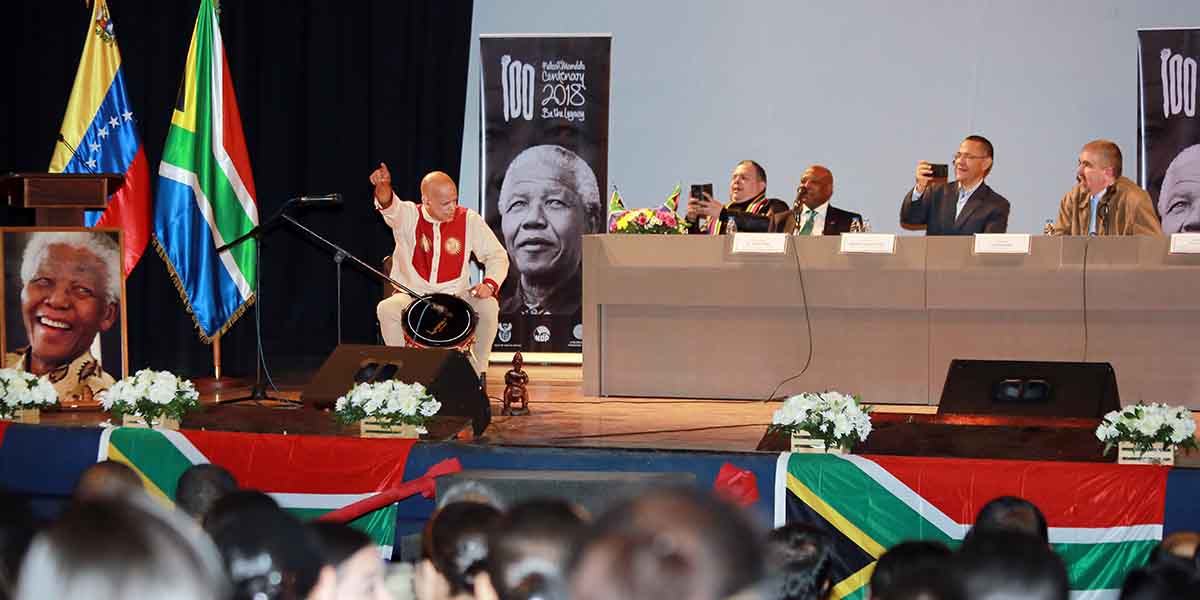 The life and indelible imprint of Nelson Mandela were evoked on Wednesday in a tribute that took place in the capital of the Bolivarian Republic of Venezuela, Caracas, on the occasion of the closure of the South African leader’s centenary and the 5th anniversary of his physical disappearance.

The commemorative event was organized by the Embassy of the Republic of South Africa accredited in the South American country, along with the People’s Power Ministry for Foreign Relations and its Vice-ministry for Africa.

After the screening of a biographical video of Mandela, preceded by the notes of the national anthems of both countries, the South African ambassador in Caracas, Joseph Nkosi, recapitulated the origins of Rolihlahla Mandela in the town of Mvezo, in the Eastern Cape, the 18th of July 1918.

“Our nation and the whole world have been celebrating his centenary this year as the founding father of democracy in South Africa, as a renowned freedom fighter and as a statesman”, the diplomat said in his speech.

He cited, in this context, the South African leader’s claims that conflict and hostility are rooted in poverty, exclusion and marginalization.

“Unless we confront the low conditions that the world’s poor live in, we will not succeed in building a peaceful and stable world”, he warned.

The ambassador denounced that the blockades from powerful economies that restrict access to the global financial system and to open markets -such as that directed to Cuba for decades and more recently to Venezuela- are contrary to the spirit of contribution to a peaceful, stable and prosperous world .

The ambassador of South Africa in Venezuela made it opportune to ratify the disposition of his government to deepen the bonds of friendship and cooperation that both countries maintain.

He also highlighted the coincidences of Commander Hugo Chávez and Nelson Mandela, “two leaders united by identical feelings of peace with social justice, two leaders who fought for the ideals of emancipation of their peoples and a South-South vision that many have subscribed to”.

For his part, the Vice-minister of Foreign Relations for Africa, Yuri Pimentel, stressed the validity of Mandela’s ideals of democracy, sovereignty, self-determination and peace with social justice.

“In our country, Nelson Mandela is an icon of the battles for freedom and civil and political rights in South Africa and in the world”, he stressed.

The Venezuelan diplomat condemned the pretensions of the world right-wing and the media corporations at its service to blur the figure of Nelson Mandela.

“They also hide that whoever became the icon of the battles against the apartheid regime, the first black South African president and object of veneration and respect on a world scale, was ignored and disqualified for a long time by politicians and the media of the nations who supposedly applaud him today”, he added.

In the homage to Mandela were also present the People’s Power Minister for Culture, Ernesto Villegas, and representatives of the diplomatic corps accredited in the country.