The vice minister for Africa of the People’s Power Ministry for Foreign Relations of Venezuela, Yuri Pimentel, held a meeting with the Minister of Economic Development of the Sahrawi Arab Democratic Republic, Ad-da Brahim Ahmaim.

The meeting that took place this Monday within the framework of the Conference of Sustainable Blue Economy, was fortunate for the officials of both nations who had the oportunity to exchange experiences in economic matter allowing the boost in this area for the Saharawi Republic as well as for Venezuela.

Other of the bilateral meetings that took place during the forum, was the one that Pimentel held with the Minister of Transport of the Republic of South Africa, Blade Nzimande.

With these meetings the relations of friendship and cooperation that exist between Venezuela, Saharawi and South Africa are strengthened, countries that aim to fortify their sovereignty and independence through the links of social and political interest. 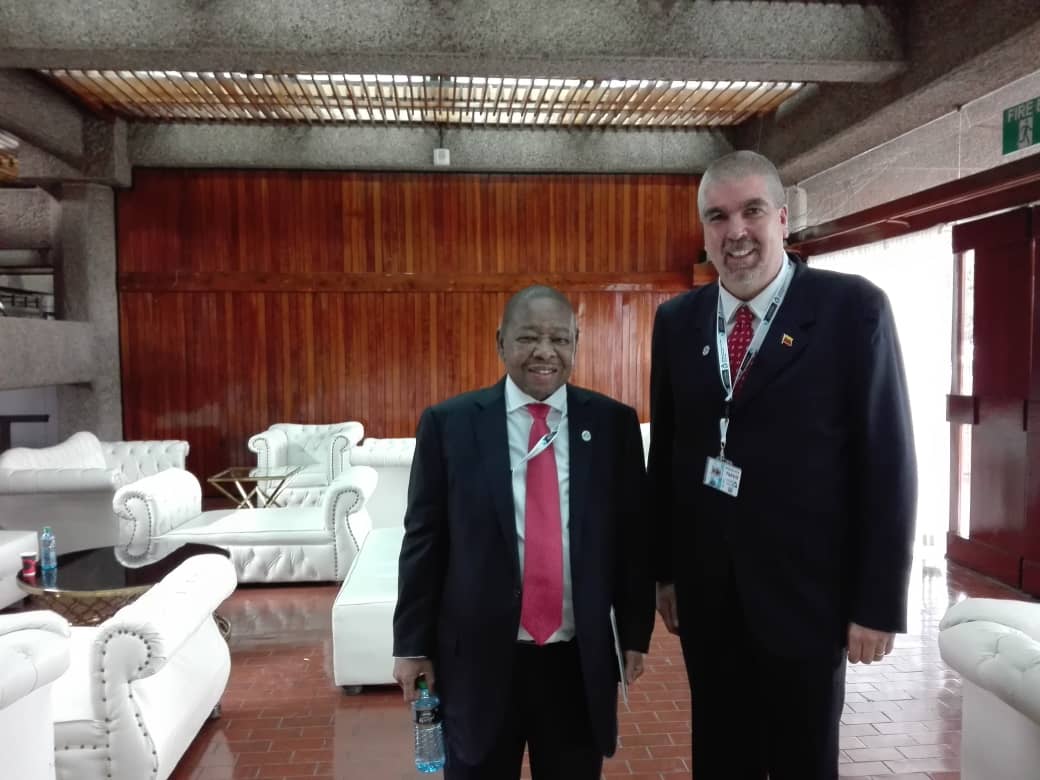