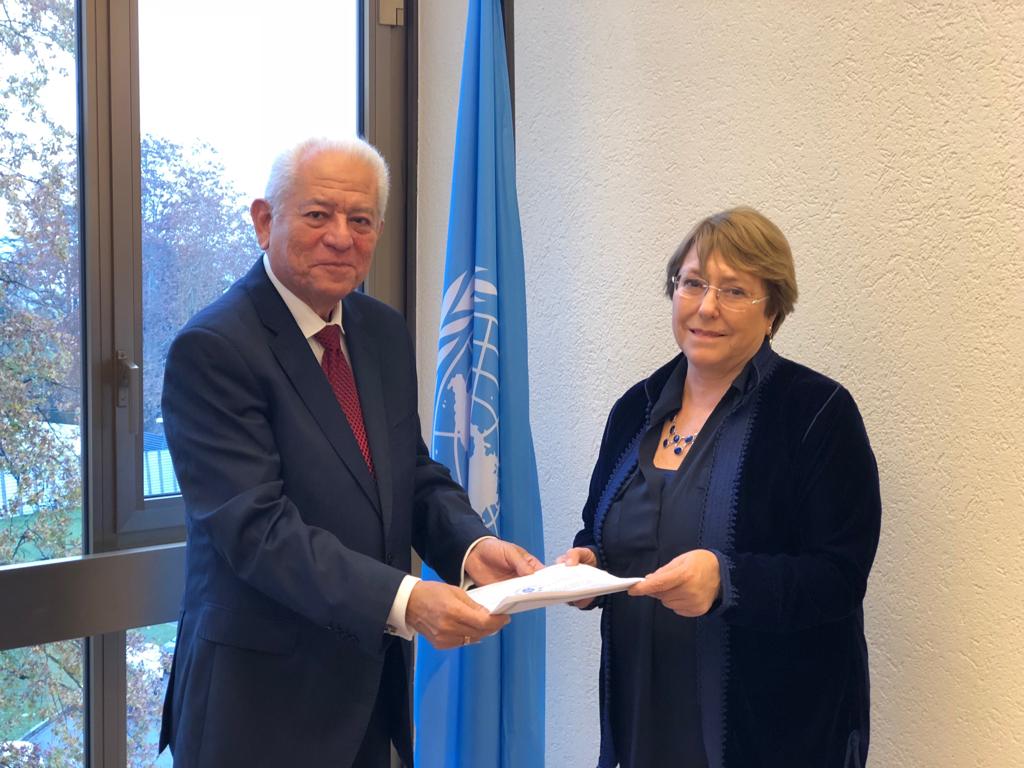 The Permanent Representative of Venezuela to the UN-Geneva, Ambassador Jorge Valero, today delivered to the United Nations High Commissioner for Human Rights, Michelle Bachelet, a letter from President Nicolás Maduro Moros where he extended her an invitation to make an official visit to Venezuela.

In the letter, President Maduro expresses that her visit to the country will allow her to know firsthand, and review with the Bolivarian Government, the broad and historic efforts in order to guarantee and promote the human rights of the Venezuelan people.

President Maduro invites High Commissioner Bachelet to observe and learn in detail, the negative repercussions that the unilateral coercive measures imposed by factors adverse to Venezuela have had on the human rights of the Venezuelan people. In that sense, Ambassador Jorge Valero gave the High Commissioner a voluminous file on these illegal and criminal measures.

Bolivarian President stressed in his communication that these measures are aimed at undermining the ability of the State to ensure the welfare of all citizens, which has as its main purpose, to try to show before the international comunity that Venezuela is a “failed state” and that there is currently a “humanitarian crisis”, matrices that, in addition to being false, malicious and tendentious, demonstrate the strategy that exists to sow despair in our people and generate chaos and ungovernability in Venezuela.

In his communication, the president expresses that Venezuela have the certainty that, because of her demonstrated abilities and trajectory, she will be up to the important challenges that the Office of the United Nations High Commissioner for Human Rights faces today.

In the cordial dialogue held, the High Commissioner Michelle Bachelet welcomed the invitation and said that her Office, alone with the Venezuelan Government, would define the most appropriate date for this visit to take place next year.

The occasion was favorable for Ambassador Jorge Valero, on behalf of President Nicolás Maduro Moros and the Bolivarian Government, to reiterate his congratulations to Mrs. Bachelet for her appointment as High Commissioner of the United Nations for Human Rights.