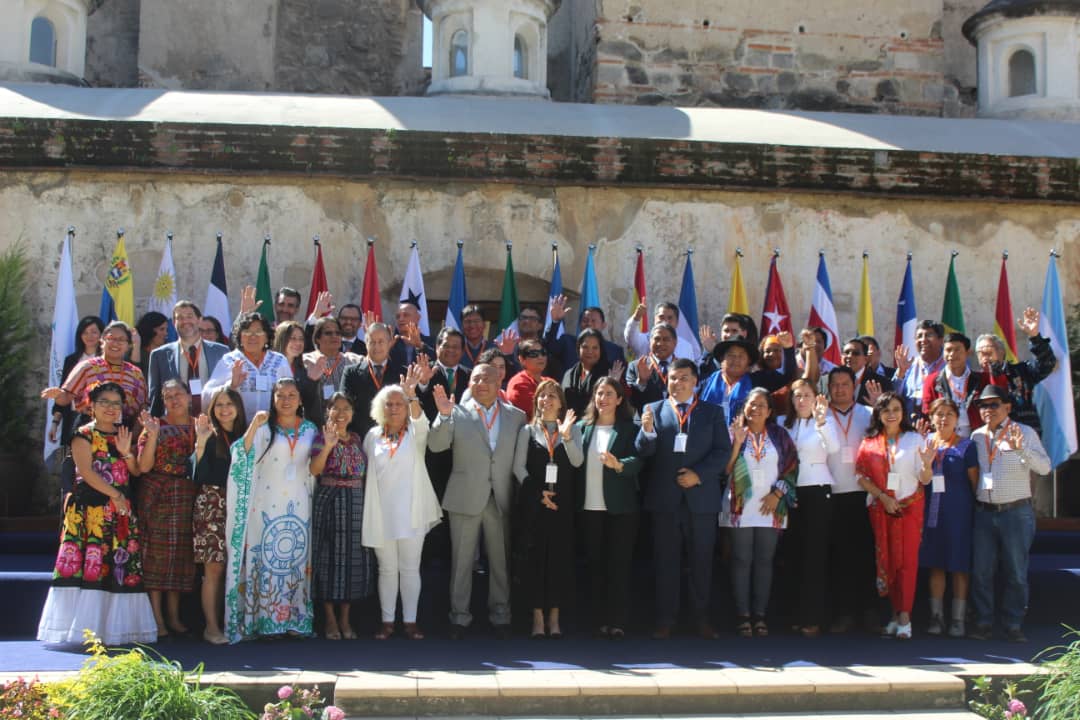 On November 12, Venezuela began its participation in the Ibero-American Meeting “Institution related to the rights of indigenous peoples” held in La Antigua Guatemala, a space for the exchange of experiences among member countries of the Development Fund for Indigenous Peoples of Latin America and the Caribbean.

Aloha Núñez, People’s Power Minister for Indigenous Peoples, served as a facilitator in the working session for the exchange of representative national experiences of institutional models in countries of Central America and Mexico.

“In this space we emphasize that we are the only country that has a Ministry of Indigenous Peoples in charge of ensuring the rights of those who were invisible for centuries, social protection policies created thanks to the infinite love that our commander Hugo Chávez felt for us who signed a commitment act long before becoming President and that the Head of State Nicolás Maduro, today continues. In Guatemala we also reviewed the progress of the 22 member states of FILAC in relation to the normative and institutional frameworks, highlighting the incorporation of a special chapter for Indigenous Peoples in the Constitution of the Bolivarian Republic of Venezuela in the year 99, the reinforcement of the legislations through the National Constituent Assembly and the level of participation in spaces of a political nature through the people’s election, highlighting the creation of the Presidential Council of People’s Government for Indigenous Peoples and Communities in 2014”, she said.

Silvia Paraqueimo, indigenous Kariña of Venezuela, said “the Venezuelan State has taken giant steps for our recognition; there is a broad process of prior and informed consultation to more than 40 indigenous peoples, our government has built more than 4,000 homes in our territories, they have granted us more than 100 titles of collective lands and, in addition, there is a great national platform of social attention focused on social missions; All our achievements are important to highlight in these spaces because, despite the grotesque blockade against the people of Venezuela, the indigenous peoples will raise the voice of our brothers in defense of our Bolivarian government because we have an indigenous president who does not hesitate when approving projects is required, that strives day and night to defend our rights as Hugo Chávez always did”.

For Mexico, Alejandro Robledo Flores, general coordinator of Indigenous Rights in the National Commission for the Development of Indigenous Peoples, pointed out that the Development Fund for Indigenous Peoples of Latin America and the Caribbean has supported a large part of the public policies developed in his country in favor of the native peoples, who represent 20 percent of the population. “In this meeting we reaffirm the empowerment of our youth and indigenous women, for Mexico it is very important to have institutions that really guarantee indigenous rights; In fact, we are one of the first countries to adopt regulations based on human rights; I want to congratulate the effort of each nation for the legislations created, let’s keep working together to make ourselves visible”, he said.

On behalf of the Ministry of the Presidency of Costa Rica, Geyner Blanco stressed that in his country in the mid-70s the Indigenous Law was promulgated, which advocated the autonomy and rights of their communities, a legal instrument that equally recognizes the indigenous territories attending in this way historical claims of its inhabitants, an achievement that was also mentioned by the representative of Nicaragua, Devoney Medavis, who also added that the State allocates a budget for the proper functioning of indigenous peoples.

For Panama, Feliciano Jiménez, vice minister of Indigenous Affairs, stressed that they have laws that recognize indigenous languages ​​and the use of traditional medicine. In addition, he highlighted the leading participation they have had in highlighting the existence of 3 indigenous governors.

The Mexican delegate, Jesús Fuentes, on behalf of the indigenous peoples present at the Ibero-American Meeting “The institutional framework related to the rights of indigenous peoples”, highlighted the need to evaluate how to strengthen the effective participation of governments and indigenous representatives in the formulation of new mechanisms that guarantee the protection of the rights of the native peoples that make life in the member states of the Development Fund for the Indigenous Peoples of Latin America and the Caribbean. “This meeting is very positive because we evaluate our progress and all the challenges we have; we have observed many positive changes and renewals in each nation and what we want is to join efforts to ensure the thrust of all our communities”, he said.

This Ibero-American meeting will strengthen the dialogue between nations with indigenous populations and assume new commitments to settle the historical debt with the indigenous peoples of Latin America and the Caribbean. 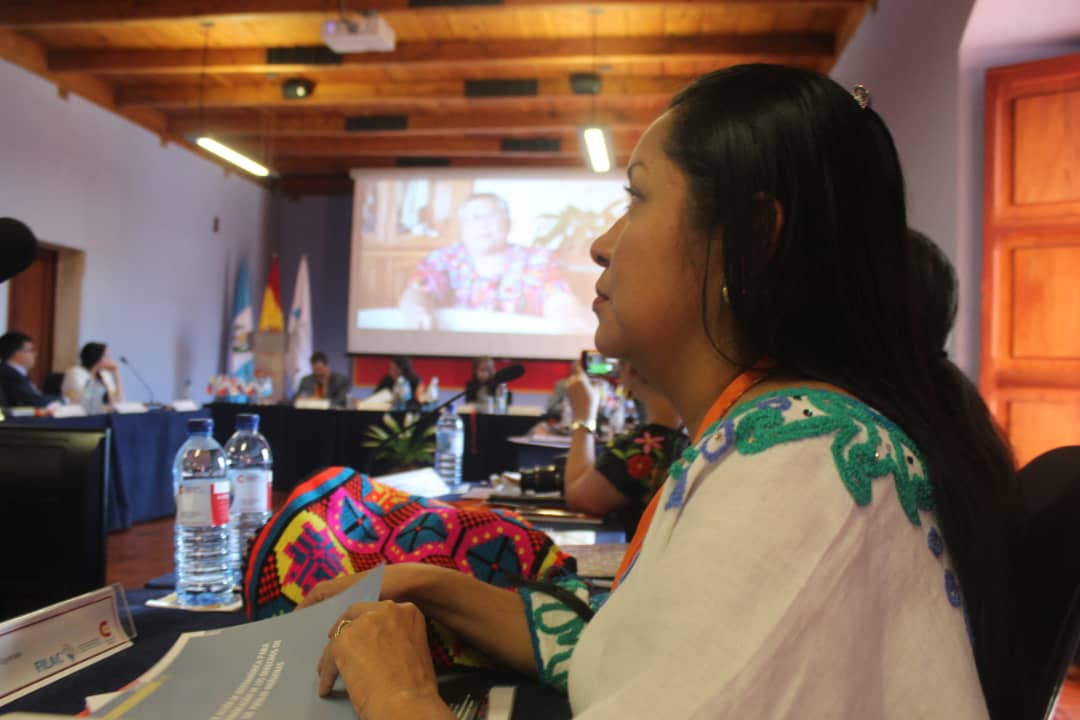 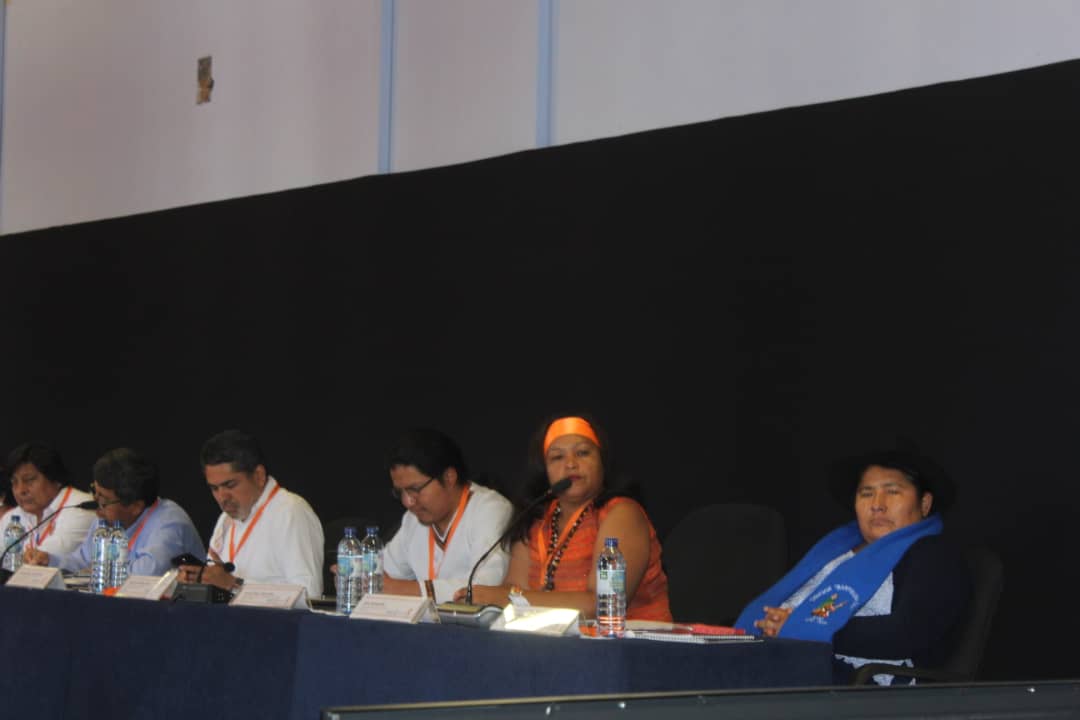 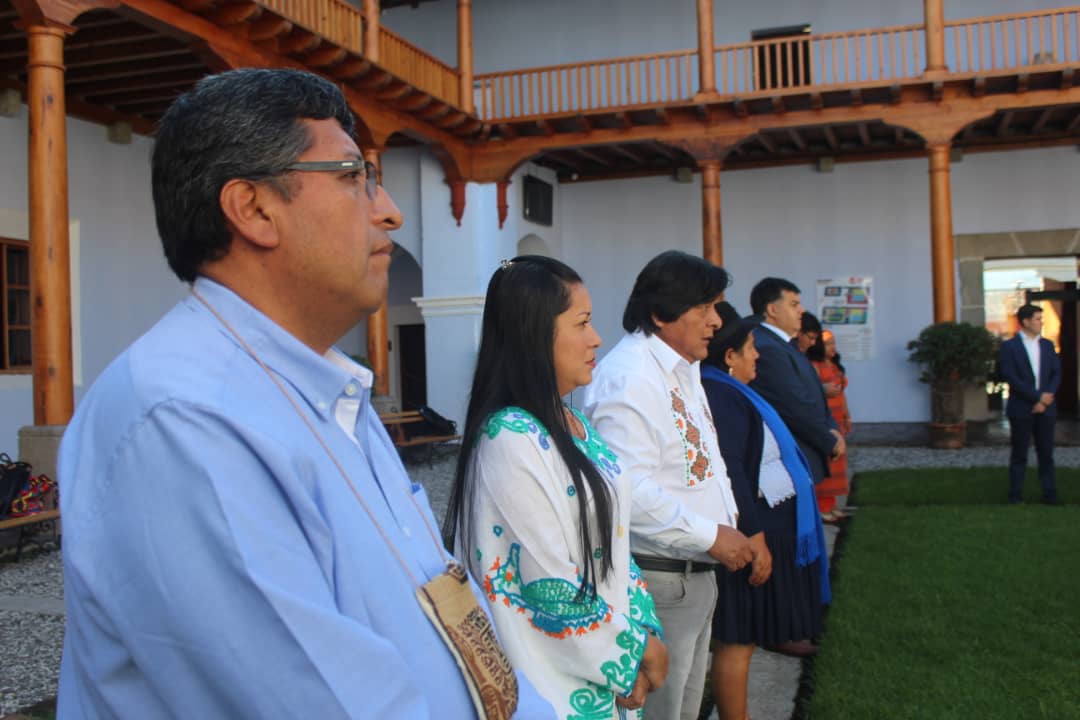