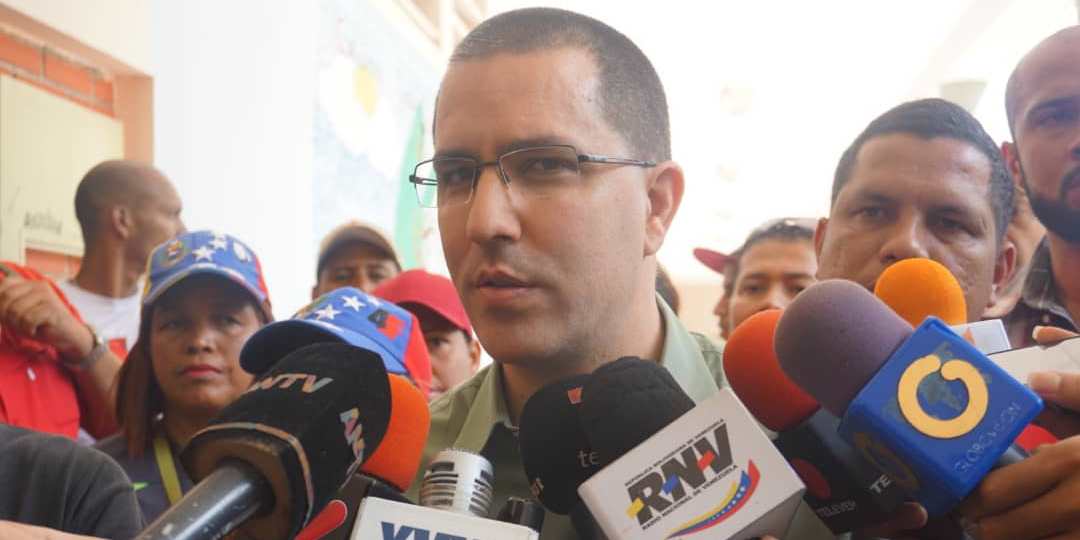 Foreign Minister Arreaza: In Venezuela there is a real democracy and a process of true independence

The FM of the Bolivarian Republic of Venezuela, Jorge Arreaza, on Sunday extolled the Venezuelan democratic system, which has been object of questions and accusations from the centers of world power.

“It is a real democracy and a process of true independence (…) Venezuela, with all our challenges, we are in our democracy, demonstrating it day by day, minute by minute”, the diplomat said in statements to the press, after his participation in the electoral simulation organized by the National Electoral Council (CNE) ahead of the municipal elections to be held on December 9 in the nation.

In this context, he stressed the deep democratic vocation of the Venezuelan people who have traditionally decided to solve their political differences in the electoral processes.

“We have to see this election not only as the election of the council, but as a response we give to the world that there is a sovereign people in Venezuela who want to solve all their problems through the democratic way”, he added.

Foreign Minister Arreaza recalled the damage caused by the unilateral coercive measures imposed by the United States and the European Union against Venezuela, some of which have been adopted through the organization of electoral processes in the Bolivarian Republic.

He also referred to the illegal sanctions imposed on authorities of the Electoral Power, one of the five powers that constitute the National Public Power.

In parallel, he rejected the interventionist policy that the government of the Republic of Colombia has assumed in the internal affairs of Venezuela.

“He has decided to break communication with the legitimate government of the Bolivarian Republic of Venezuela; it is irresponsible that the foreign ministers of two countries with such strong dynamics do not communicate to each other”, he added, referring to the refusal of his Colombian counterpart, Carlos Holmes Trujillo, to establish bilateral communication mechanisms.

In the elections of December 9 will be elected 2 thousand 459 councilors, with their respective alternates in the 335 municipalities of the country.

The CNE approved at the end of October the final Electoral Registry (RE) for the municipal elections 2018, which reached the figure of 20 million 704 thousand 612 voters, of which 20 million 474 thousand 846 are Venezuelan and 229 thousand 766 are foreign citizens with more than 10 years of permanent residence in the country.