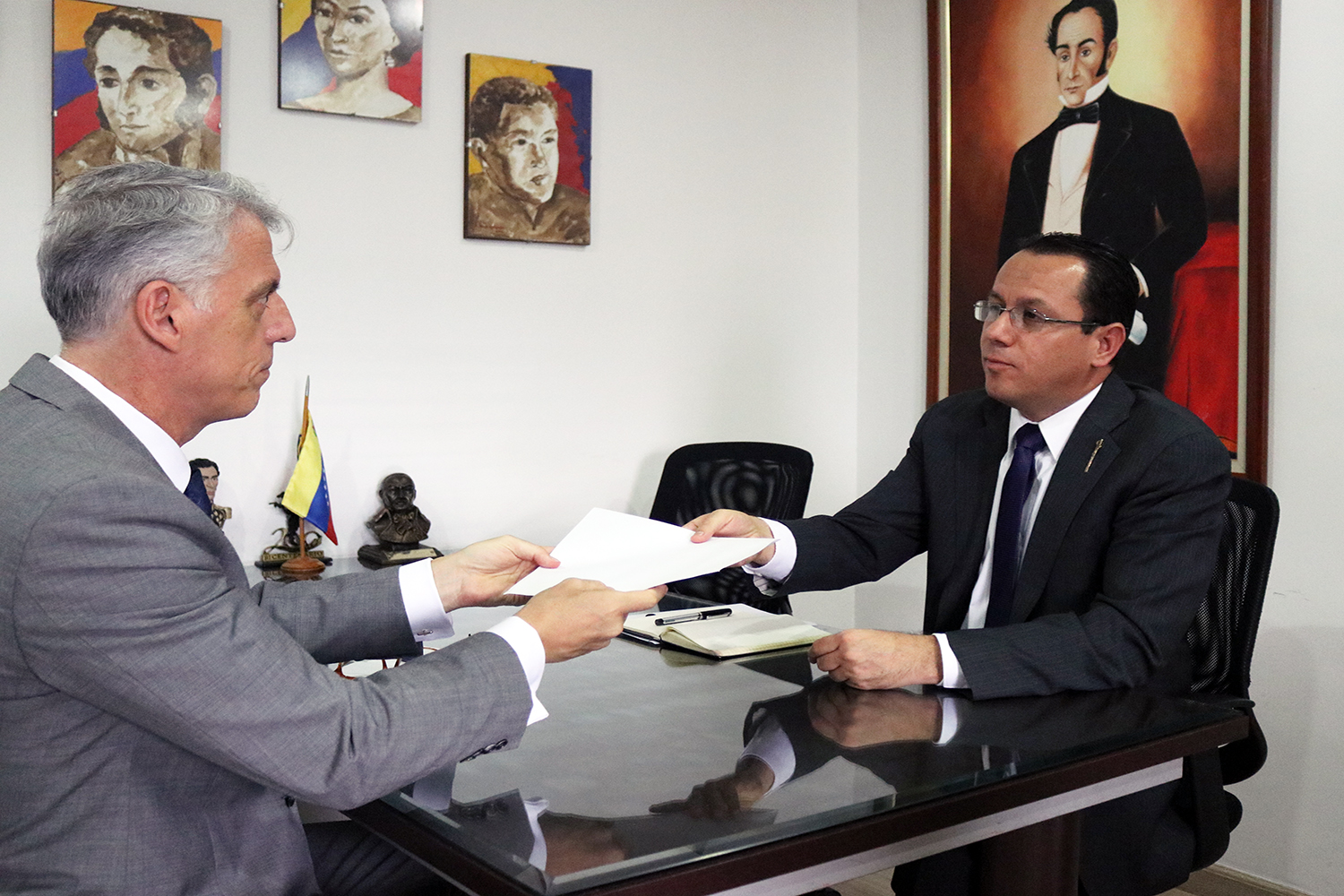 The Bolivarian Republic of Venezuela, through the Vice-minister of Foreign Relations for Latin America, Alexander Yáñez, delivered on Wednesday a Note of Protest to the Chargé d’Affaires of the Argentine Republic, Eduardo Porreti, in rejection of the insulting expressions issued by Chancellor Jorge Faurie, against the Venezuelan people, in the Commission of Foreign Relations and Worship of his nation, on October 29.

In his statements, the Argentine diplomat said that there are “foreign forces” providing military training in Venezuelan territory, which reveals his total ignorance of the provisions of Article 13 of our National Constitution, and in turn represents a dangerous violation of the elementary rules of International Law; as respect for sovereignty, non-interference and self-determination of peoples.

On many occasions, Chancellor Faurie has expressed his desire to aggressively intervene in Venezuela’s internal affairs through offensive pronouncements.

Faced with this new meddling attack, The People’s Power Ministry for Foreign Relations of the Bolivarian Republic of Venezuela, demands the Argentine Republic, to “refrain from issuing accusations based on lies, especially when they do not only contain a pernicious intention against the Homeland of Bolívar, but besides, they also try to hide the worries that the Argentine political forces have about their own foreign policy”.

In this way, the Government of Venezuela, within the framework of the Bolivarian Peace Diplomacy principle and inspired by the integrationist example of the Liberators Simón Bolívar and José de San Martín, urges the South American nation to cease its aggressions against Venezuela, which only aim to distract the internal public opinion from the delicate economic and social situation they are currently crossing.

The Note of Protest was delivered at the headquarters of the People’s Power Ministry for Foreign Relations, located in Caracas.