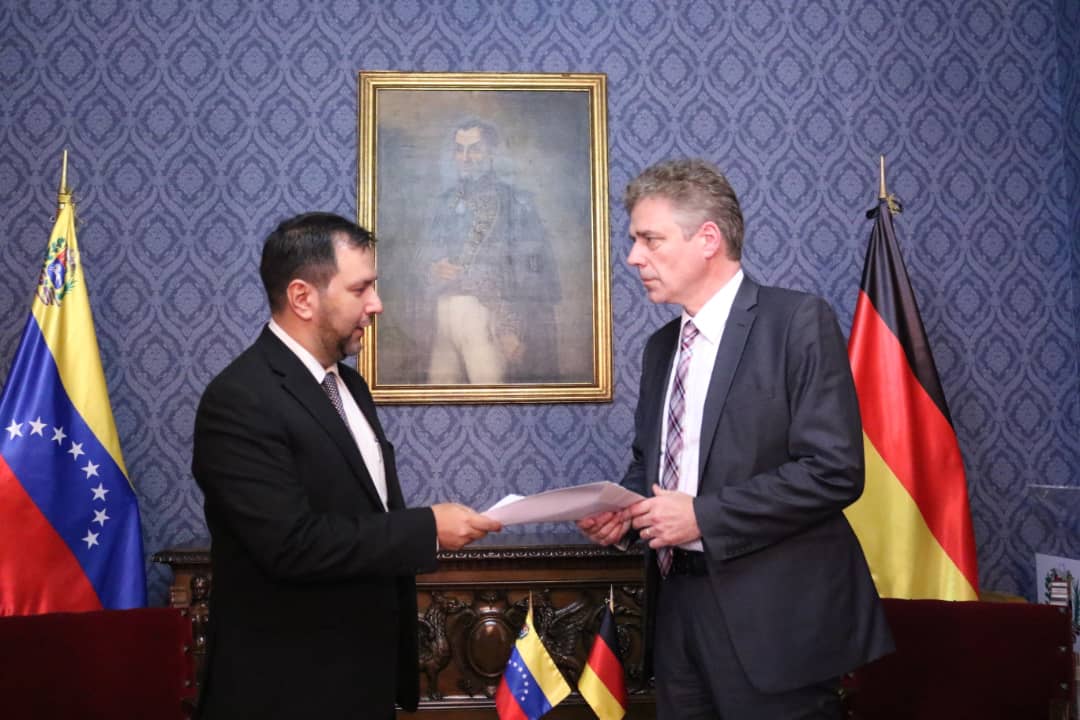 The Bolivarian Republic of Venezuela through the Vice-minister of Foreign Relations for Europe, Yvan Gil, delivered a Protest Note on Friday to the Ambassador of the Federal Republic of Germany, Daniel Marn Kriener, in rejection of the unfriendly position assumed by the German Government before the International Criminal Court (ICC).

On multiple occasions, the President of the Bolivarian Republic of Venezuela, Nicolás Maduro Moros, has categorically rejected the interventionist policies addressed by countries that succumb to the designs of the US empire, which presses obscenely the governments of the world to fix their positions against Venezuela, violating the most elementary principles of International Law.

Similarly, the People’s Power Ministry for Foreign Relations, expressed through a statement that, “the arrogant attitude assumed by the German government has a negative impact on bilateral relations. In this regard, we urge the Government of the Federal Republic of Germany to rule out interference, and focus its relationship with Venezuela on the construction of mechanisms of dialogue and cooperation based on respect”.

The Protest Note was delivered in the Hall of Social Heroes of the Yellow House Antonio José de Sucre, located in Caracas.