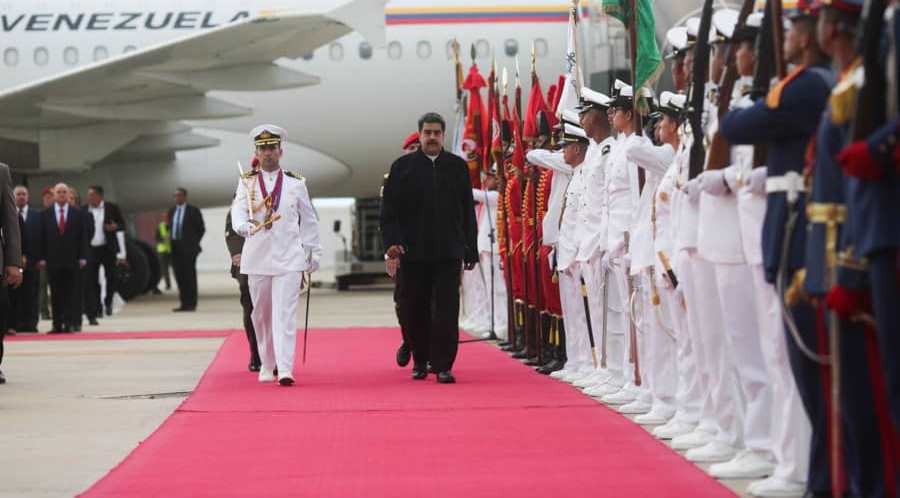 The president of the Bolivarian Republic of Venezuela, Nicolás Maduro, described the working day developed during the 73rd period of sessions of the General Assembly of the United Nations (UN) as victorious.

Upon his arrival this Friday, from Simón Bolívar International Airport, in Maiquetía, the Head of State stressed that “we are coming victorious after taking the voice of the Homeland to the world, on an important trip for the Bolivarian diplomacy of peace”.

Maduro said that the agenda allowed contact with the 193 member delegations of the multilateral organization and bilateral meetings with countries of power and importance in the world.

It was about of “a speech that deeply impacted the world debate for the truth of Venezuela and the multipolar world that has been born and that nobody will be able to stop (…) for the future of our children and young people”, said the dignitary.

“The world that you will see is different and today we are building it with the courage and bravery that Venezuela has”, he added.

Likewise, he ratified that the Bolivarian Government promotes a diplomacy of dialogue and peace, for which he mentioned that he is ready to hold a level meeting with his American counterpart Donald Trump, in order to cultivate relations of “brotherhood, friendship, and cooperation with the people of the United States and betting on a common future of respect and understanding”.

In that sense, he maintained that, “if there were ever any conditions for a meeting between the president of the United States, Donald Trump and me, I would be ready to meet wherever, whenever. If that were to happen, many things would change, it would be very positive”. “We went, we won, we came and we continue. Victorious to keep working”, he said.