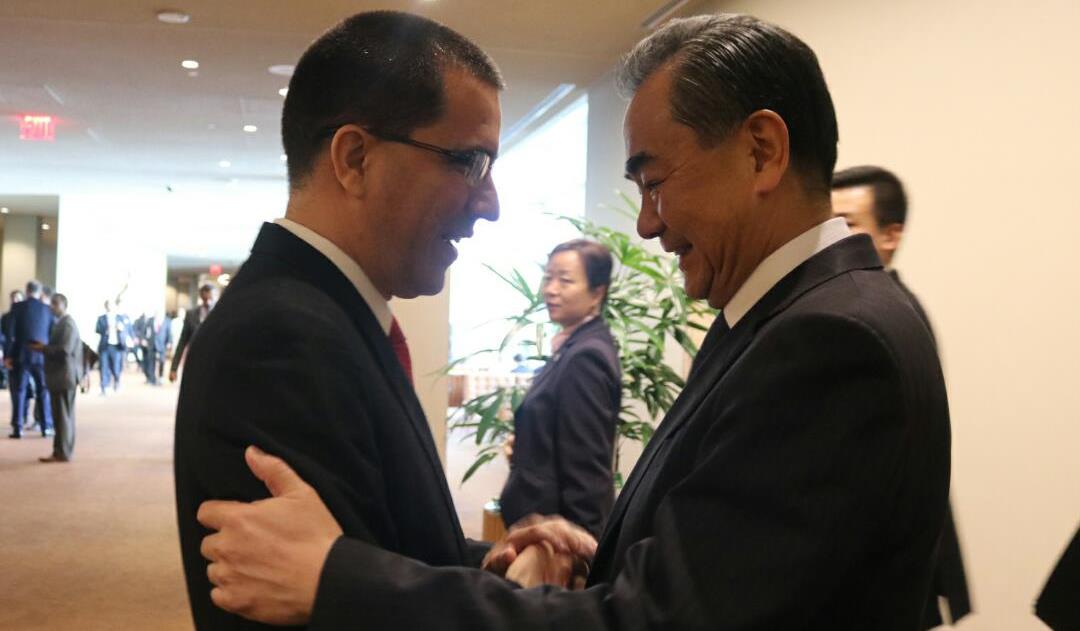 As part of his diplomatic agenda at the 73rd Period of Sessions of the General Assembly of the United Nations (UN), the Foreign Minister of the Bolivarian Republic of Venezuela, Jorge Arreaza, held a meeting on Thursday with his counterpart from the People’s Republic of China, Wang Yi.

“With our brother Chancellor of the People’s Republic of China, Wang Yi, our Strategic Integral Association advances rapidly by the shared development of our peoples”, said the People’s Power Minister for Foreign Relations through his Twitter account @jaarreaza.

The bilateral meeting took place at the United Nations headquarters in New York, where the General Debate of the main UN organ is held during its 73rd period of sessions, during which the Venezuelan Foreign Minister held a series of meetings with different world leaders, including the Turkish President, Recep Tayyip Erdoğan, and the President of the Islamic Republic of Iran, Hasan Rohaní.

In recent days, the Bolivarian Republic of Venezuela and the People’s Republic of China ratified the common disposition to deepen and expand the integral strategic alliance maintained by both nations during the XVI Meeting of the China-Venezuela High Level Joint Commission (CMAN) which gave place in Beijing to the signing of 28 new cooperation agreements in financial, energy, educational, agricultural, cultural, aerospace, health, science and technology, among other areas.

Presidents Nicolás Maduro and Xi Jinping met on September 14 in the Chinese capital, in a bilateral meeting held by both leaders after the closure of the CMAN.