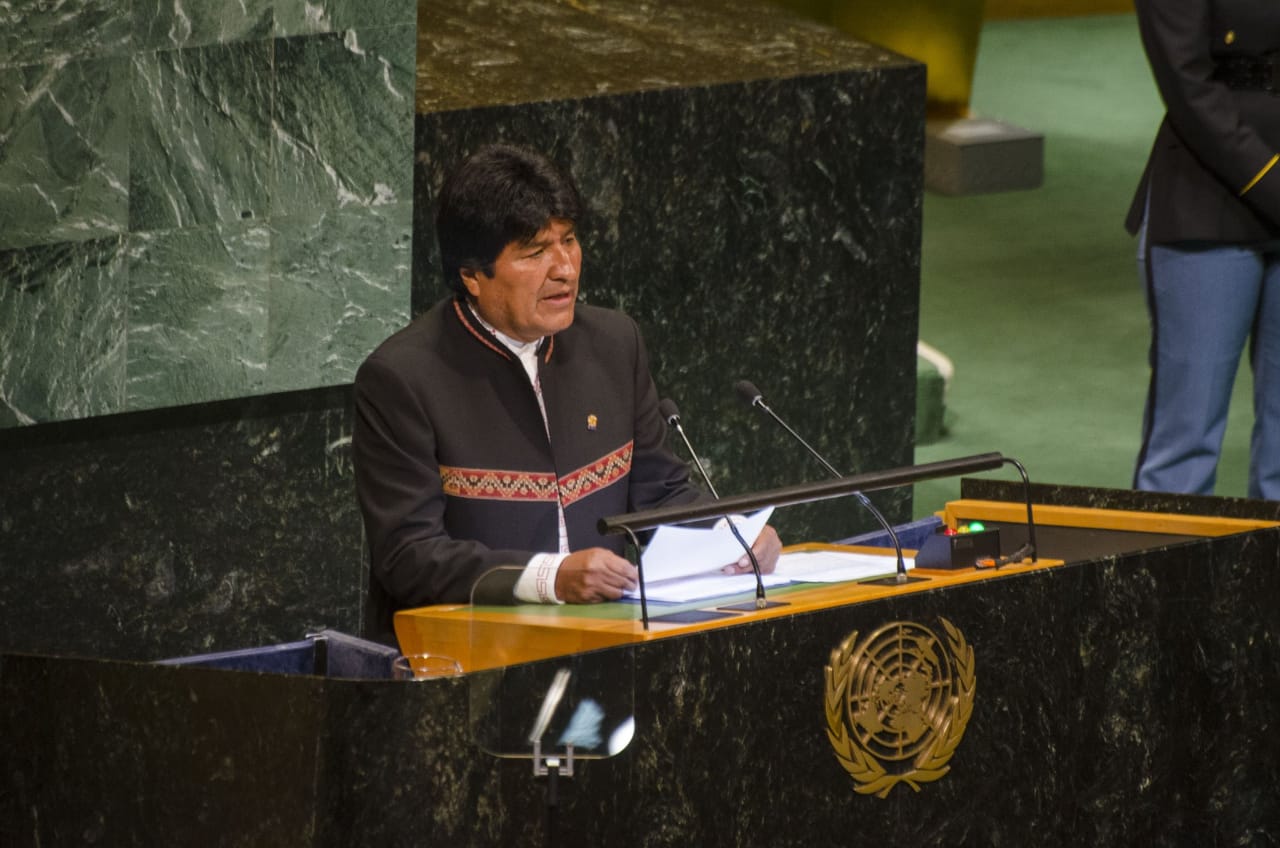 Evo Morales: The United States must take away illegal measures against Venezuela

The President of the Plurinational Republic of Bolivia, Evo Morales, urged the United States government to cease the aggression against Venezuela, in his presentation to the 73rd General Assembly of the United Nations Organization.

“The sisterly Bolivarian Republic of Venezuela is suffering shameless aggression from the United States and its allies. Latin America clearly rejects attempts to militarily intervene in Venezuela”, he said.

He exhorted the US to put an end to the interventionist actions against the South American nation. “The problems of Venezuela must be solved by the venezuelans”, he added.

Likewise, the Bolivian President rejected the economic blockade that the United States maintains over Cuba. “The United States has the obligation to repair financially the damage caused to the Cuban people and restore Cuban sovereignty”.

Morales denounced the threat that the American empire represents to the continent, by promoting the culture of war and the arms campaign in the region.

“This threat comes from those who are willing to invade countries, change governments to appropriate their natural resources, and install military bases and try to take over the entire planet”, he said.