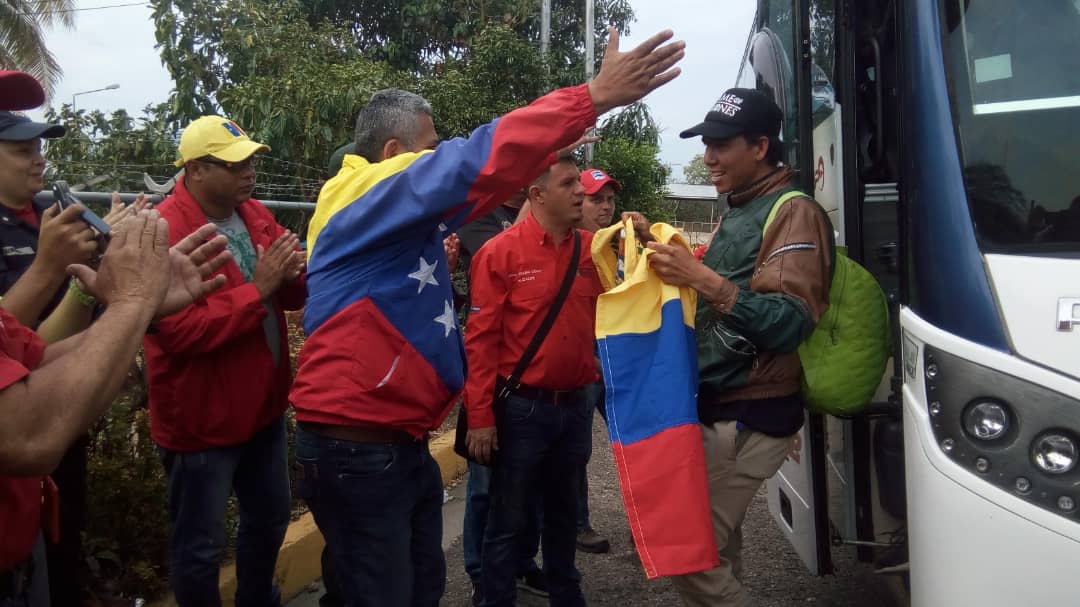 76 Venezuelans return to the country from Colombia

A group of 76 Venezuelans coming from the Republic of Colombia arrived in the Bolivarian Republic of Venezuela this Friday afternoon, as part of the Vuelta a la Patria Repatriation Plan.

Earlier, these Venezuelans had been kept at the border for no reason, according to Twitter, the Vice-Minister for International Communication of the People’s Power Ministry for Foreign Relations, William Castillo, who also denounced that the fellow citizens had been kept “for the simple fact that this group of people wanted to return to their homeland.”

The most recent group of Venezuelans who arrived to the country, thanks to the efforts of the Bolivarian Government, came from Buenos Aires, Argentina, last Wednesday.

Due to acts of xenophobia, health problems, job insecurity, among others, the Government designed the Vuelta a la Patria Repatriation Plan, which to the present day, repatriated nearly three thousand Venezuelans from Ecuador (92), Peru (190), Argentina (86), Brazil (2437), Colombia (129), Dominican Republic (five), Chile (two) and Panama (one) .JA