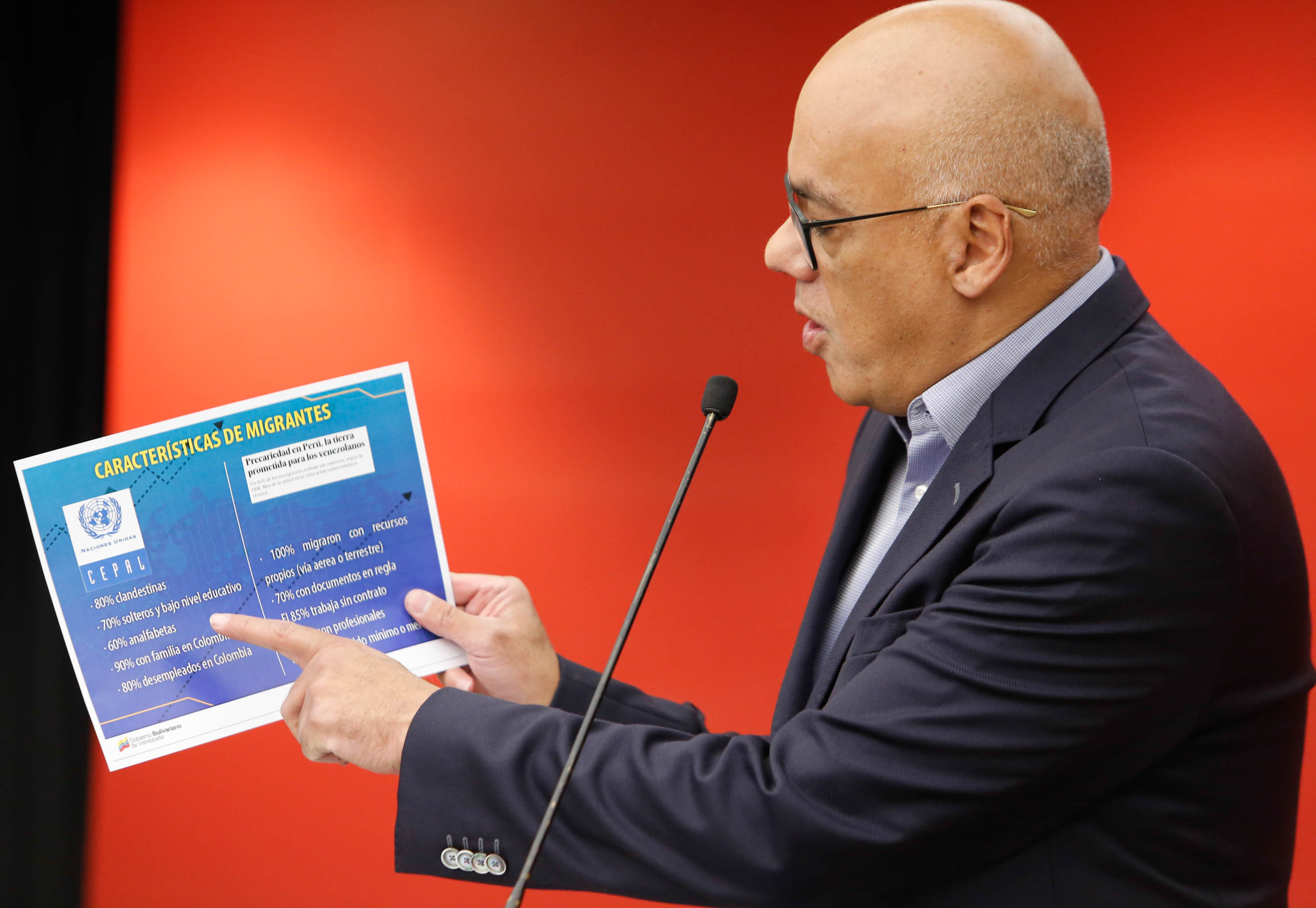 As a gigantic scam described the Minister of People’s Power for Communication and Information, Jorge Rodriguez, the supposed migratory crisis in Venezuela, which aims to intensify the multiform aggression that the Government of the United States has been developing against the country.

“Since the launching of the Plan Vuelta a la Patria, that, what could be considered as one of the most gigantic false positive operations that the region’s right-wing governments and the rude oligarchies have leaded against the people of Venezuela, has been collapsing like a house of cards”, he said.

He also said that those who tried to install a humanitarian crisis file were precisely the countries and governments that suffer in a deep way the absence of many of the human, social and economic rights guaranteed by the Bolivarian Government to all the people of Venezuela.

“It was a gigantic scam because through false positives, through fakes news, through psychological and media manipulation they managed to get a group of Venezuelans to attend the siren songs. It was an unusual displacement, we’ll see the evidence of what I’m saying is completely true”, he said.