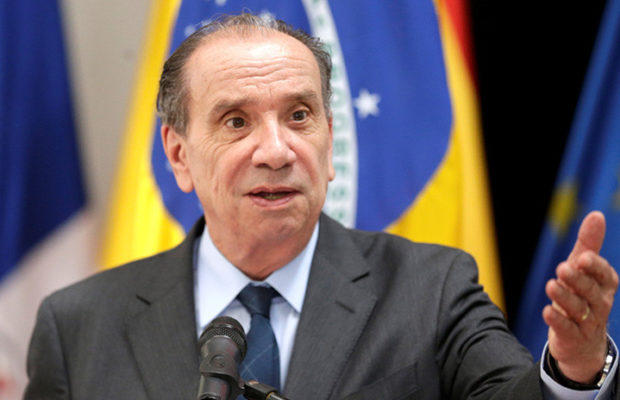 The government of the Federative Republic of Brazil admitted that due to the economic blockade by the United States and the European Union against Venezuela, they have not been able to pay 40 million dollars in concept of foreign debt to the National Electric Corporation (Corpoelec, by its initials in Spanish), a Venezuelan state-owned company that supplies energy to the border state of Roraima.

Brazilian Foreign Minister Aloysio Nunes confirmed that such debt “has not been canceled to the Caribbean nation because of the economic and financial blockade imposed by the United States and the European Union against Venezuela”.

Nunes also said that his country wants to pay the debt, but due to the economic blockade, they have not been able to find the payment mechanisms that do not clash with the restrictions imposed by the U.S. and the E.U.

The border state of Roraima receives electricity supply through a transmission line that was inaugurated in 2001 by President Hugo Chavez, who signed an agreement with Fernando Henrique Cardoso, the president of Brazil at the time.

The Foreign Minister of the Bolivarian Republic of Venezuela, Jorge Arreaza, said that Nunes’ statements are an “irrefutable proof of the perverse effect of the blockade against Venezuela”.

“Here is another irrefutable demonstration of the blockade’s perverse effect against Venezuela. Brazil’s own Foreign Minister recognizes that due to the U.S. and EU sanctions, they have not found a way to pay for the energy services to Corpoelec. There are more than 40 million dollars in debt”, said Arreaza.