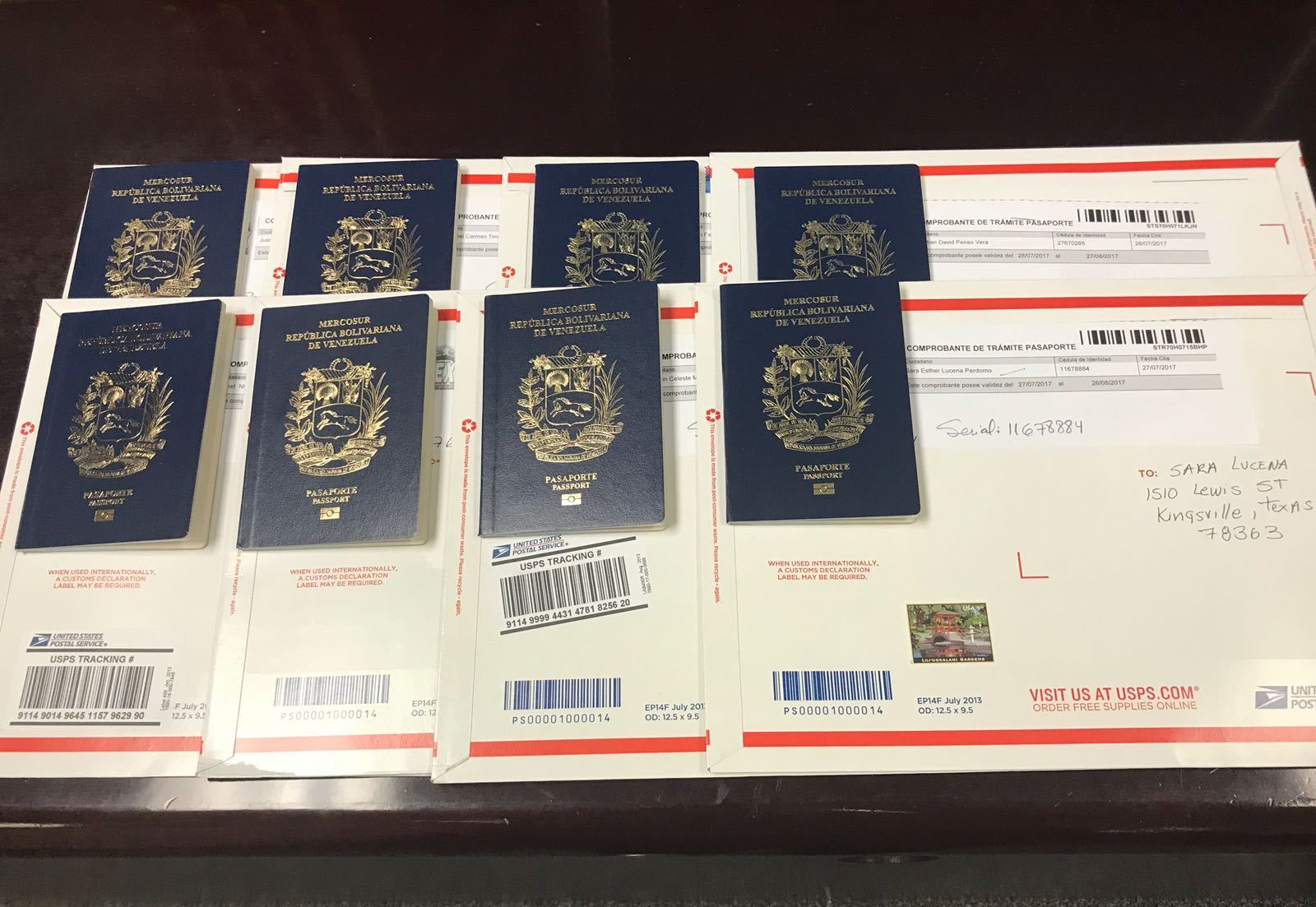 A total of 32 embassies and consulates have received passports of Venezuelan citizens residing abroad; such documents were sent through 93 diplomatic pouches jointly by the Identification and Immigration Administrative Service (SAIME, for its Spanish acronym) and the People’s Power Ministry for Foreign Relations (MPPRE, for its Spanish acronym), entities that work to ensure and strengthen the identification processes of citizens residing abroad.

In the case of the Venezuelan Consulate in Naples, Italy, at least 270 Venezuelans living in the southern part of such European nation are receiving their biometric passports; therefore, the consular mission is carrying a special operation to expeditiously deliver the aforementioned document.

Likewise, the city of Houston, United States and Ottawa, Canada received 338 and 62 passports and extensions, respectively.

This action complies with the announcement made on August 13th by Gustavo Vizcaíno, Director of SAIME, who also informed that the process for Venezuelan under aged citizens to obtain their Identification Card had been initiated; they shall have the opportunity to carry such formalities before diplomatic missions.

It is expected that, within the next days, diplomatic pouches with passports will continue to be delivered to the rest of the diplomatic offices.