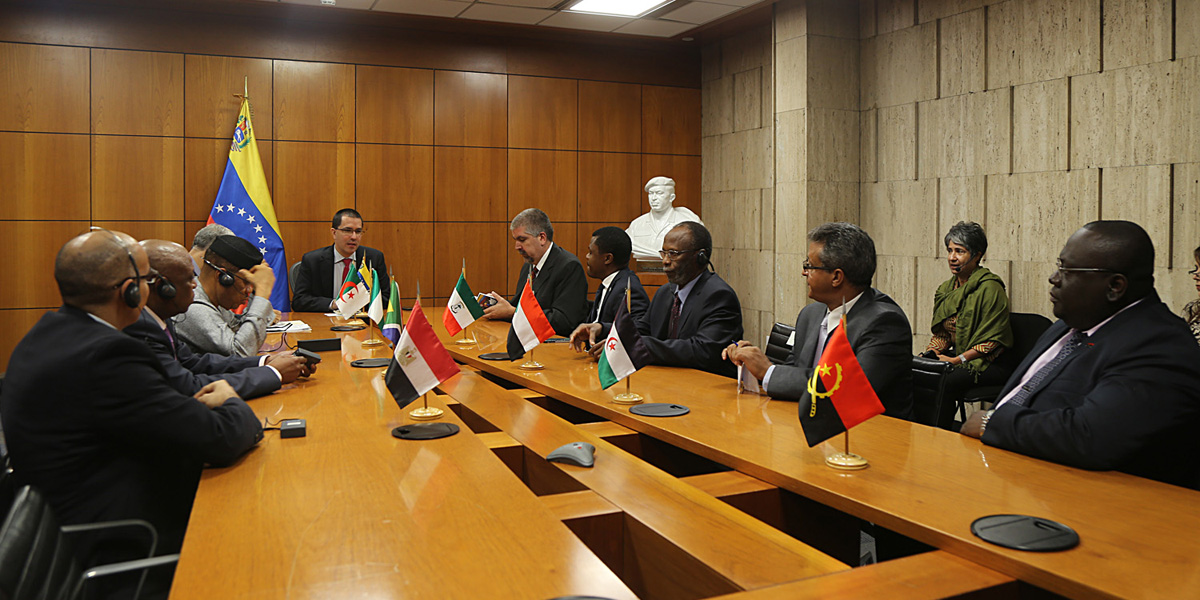 The Foreign Minister of the Bolivarian Republic of Venezuela, Jorge Arreaza, received on Wednesday the visit of eight African diplomatic representatives who have expressed the willingness of their governments to coordinate efforts with the South American country, in the field of the Economic Recovery, Growth and Prosperity Program, which entered into force on August 20th.

The Bolivarian Republic of Venezuela, under the leadership of Commander Hugo Chavez and recently President Nicolas Maduro, has actively advocated South-South cooperation bonds with Africa.

In this context, the Foreign Minister Arreaza has conducted a series of official visits to the African continent with the aim of deepening bilateral and multilateral bonds. The diplomat’s last visit to the region took him to Mozambique, South Africa and Ghana.