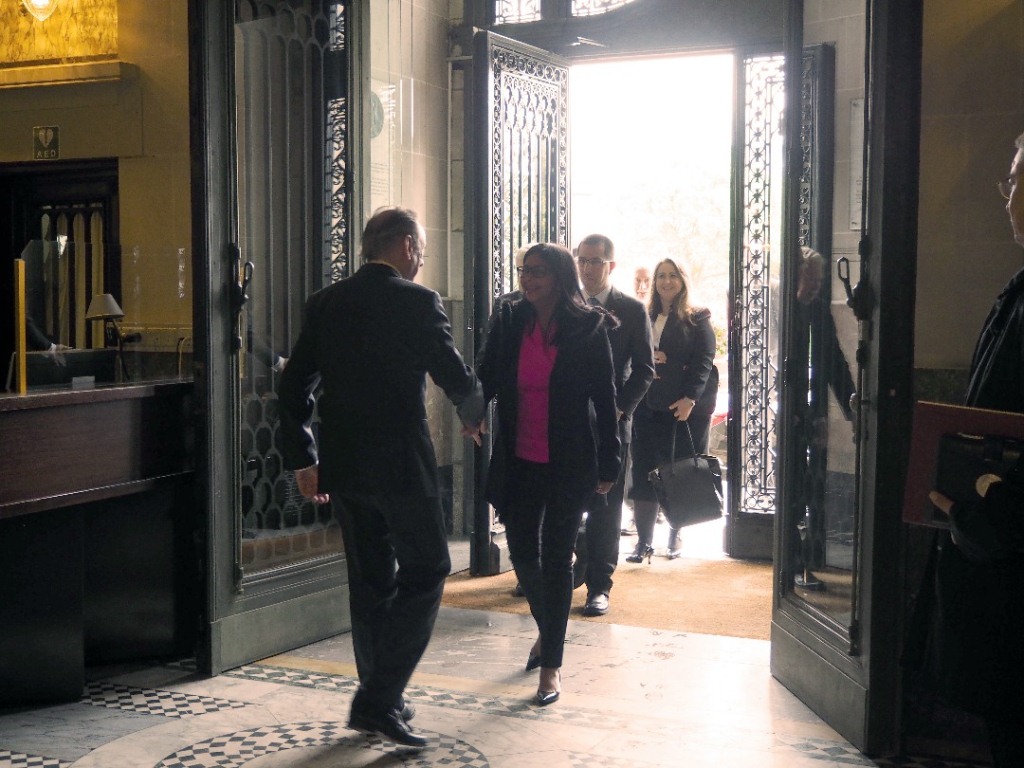 This Monday, from The Hague, the Netherlands, the Government of the Bolivarian Republic of Venezuela, informed the International Court of Justice (ICJ), that it will not participate in the judicial process that the Cooperative Republic of Guyana intends to begin, concerning the controversy territorial on the Guiana Esequiba.

Likewise, the Venezuelan delegation headed by the Executive Vice-president of the Republic, Delcy Rodríguez Gómez, and the Foreign Minister of the Republic, Jorge Arreaza attended the meeting convened by the president of the International Court of Justice, Mr. Abdulqawi Ahmed Yusuf, where they pointed out that the Homeland of Bolívar does not recognize the jurisdiction of said international judicial instance and less for the resolution of this controversy, in which Venezuela will spare no effort in defending its legitimate rights over the Esequiba Guyana.

In this regard, Venezuela ratifies its position in defense of its legitimate rights over Esequiba Guiana, and its willingness to resolve the territorial dispute in a friendly and satisfactory manner by both parties, attached to the Geneva Agreement.

Finally, Venezuela expresses its commitment to this agreement, signed on February 17, 1966 in Switzerland, which establishes the mechanisms to initiate a process of historical arbitration by the Esequibo, between Venezuela and Guyana.