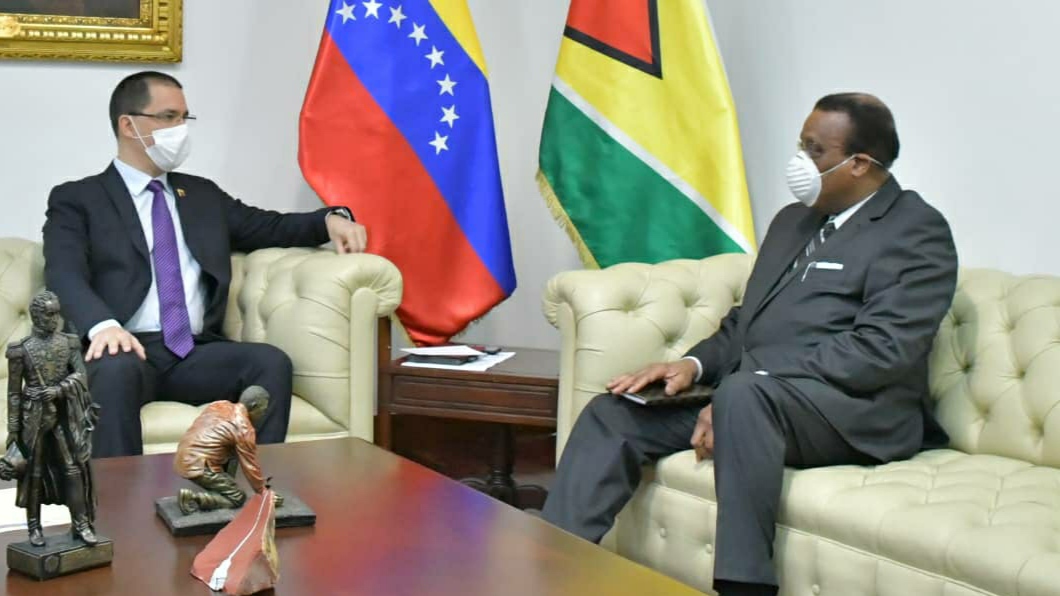 The Minister of People’s Power for Foreign Affairs, Jorge Arreaza, met on Friday with the Cooperative Republic of Guyana’s Chargé d’Affaires to Venezuela, Robert McKenzie, to reaffirm the legitimate rights of the Bolivarian Republic of Venezuela over the Guayana Esequiba.

«We ratified that Venezuela will defend its legitimate rights over the Guayana Esequiba and it will not admit meddling from third parties, whether they are States or corporations, in the territorial dispute,» wrote the Venezuelan foreign minister on his Twitter account @jaarreaza.

Recently, President Nicolás Maduro condemned a campaign launched by the United States, Canada and the United Kingdom against the Venezuelan sovereignty, and reiterated that he will not recognize the jurisdiction of the International Court of Justice (ICJ) in the territorial dispute.

In the first ordinary session of the National Assembly on January 7, it unanimously passed an agreement to reject the ICJ’s decision on the unilateral suit brought by the Cooperative Republic of Guyana against Venezuela regarding the validity of the 1899 Arbitral Award.

The members of Venezuelan Legislative Power passed a nine-point document affirming the validity of the 1966 Geneva Agreement as the only valid bilateral norm favoring friendly negotiations between the two nations to reach a mutually satisfactory settlement.