Head of State: In union and peace we are going to reconquer Guayana Esequiba - MPPRE 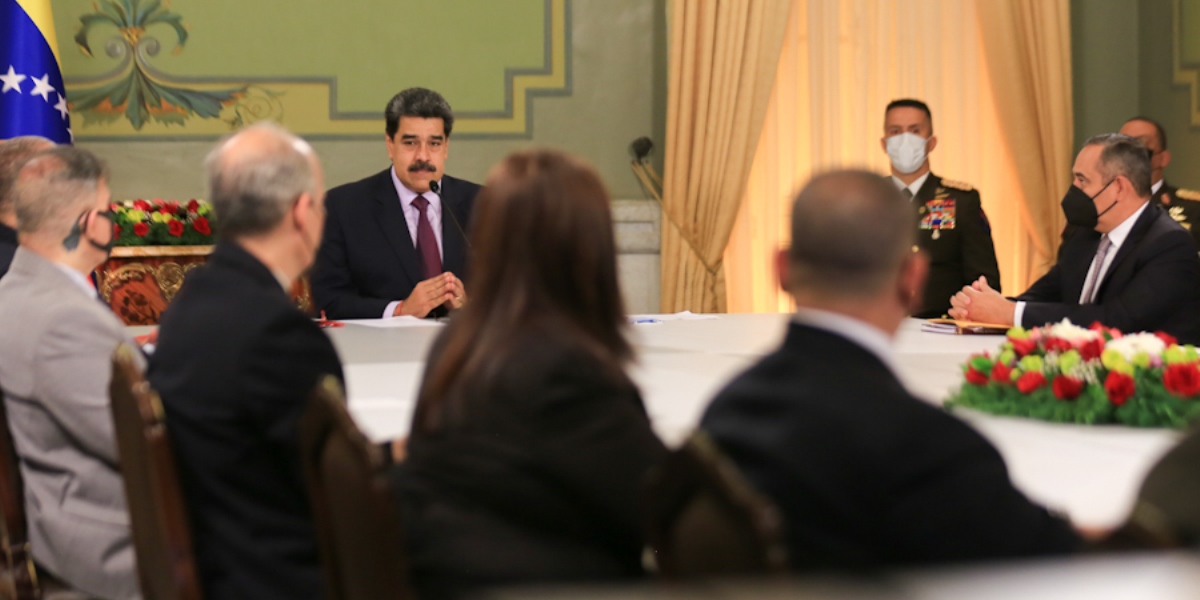 The Essequibo territory «is ours, it belongs to the Venezuelan men and women and we are going to reconquer it in peace, in national union, we are going to make it», said the Venezuelan head of state, Nicolás Maduro, thanking the National Assembly for its consensus and their union reached this Wednesday in its first session in which they established a position in defense of the territory of Guayana Esequiba.

The National President led a meeting with the National Defense Council and the Council of State from the Miraflores Palace, where the President of the National Assembly, Jorge Rodríguez, gave him the agreement of the Legislative Power regarding said points.

He argued from the historical point of view that this territory belongs to Venezuela, noting that it has been like this «since the Declaration of Independence of the United Provinces of Venezuela on July 5, since the founding of Gran Colombia in 1817 in Angostura and its Constitution of 1819, Guiana Esequiba has always been territory of Venezuela, it is confirmed by official documents, cartography, geography, maps, politics, diplomacy, and Venezuela suffered an imperial, colonial dispossession.»