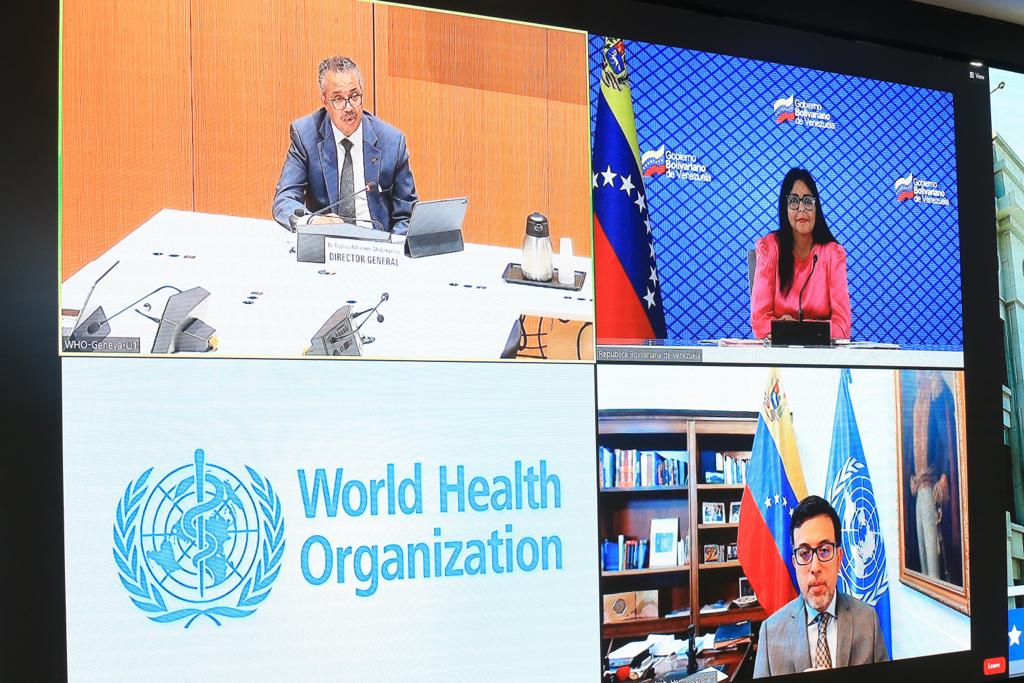 Venezuela’s Vice-president Delcy Rodríguez held a meeting via video conference with the Director-General of the World Health Organization (WHO), Dr. Tedros Adhanom, where she presented the actions implemented by the Bolivarian Government to face the COVID-19 pandemic, and plead for the end of inequality in the access to vaccines worldwide.

At the meeting, Rodríguez stressed the importance of moving forward with the access to medicines in low-income nations in order to put an end to the pandemic. Likewise, she recognized and extolled Russia’s Sputnik V, China’s Sinopharm and Cuba’s Abdala effectiveness in Venezuela to treat the virus.

The Venezuelan vice-president said to the WHO director-general that last January 3, the Booster Shots Campaign was launched, starting with health personnel, the elderly and people with disabilities.

For his part, the WHO director-general commended Venezuela’s efforts and significant progress in the vaccination campaign.

In this context, Dr. Tedros Adhanom sent a warm greeting to President Nicolás Maduro and recognized Venezuela’s efforts to fight the pandemic.

During the last two years, Venezuela has comprehensively addressed the COVID-19 pandemic through the implementation of the 7×7 scheme, the supply of medicines, the restoration of health centers, a house-to-house health care campaign, and the vaccination of 99% of the population thanks to the great efforts made by the Venezuelan authorities despite the unilateral coercive measures imposed on the country.

Venezuela is one of the countries with the lowest infection and mortality rates in the world, and a recovery rate of over 96%.