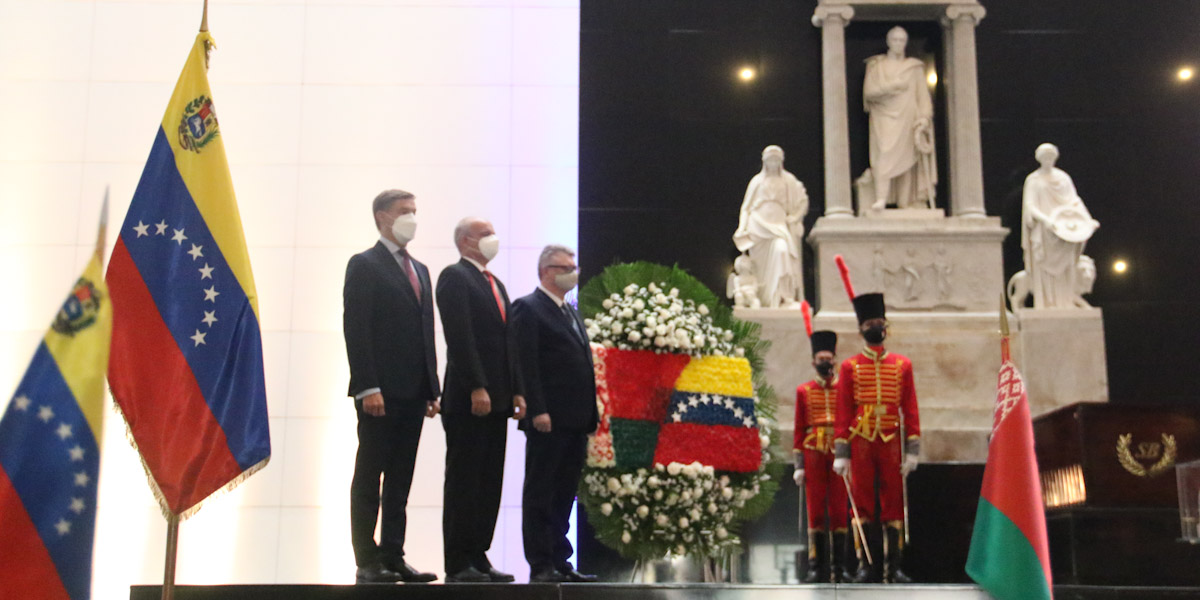 As part of the celebration of the 25th anniversary of the diplomatic relations between Venezuela and Belarus, a wreath was laid at the coffin of Liberator Simón Bolívar in the National Pantheon, in Caracas.

The event was headed by Planning Vice-president Ricardo Menéndez, Foreign Minister Félix Plasencia, the Ambassador of the Republic of Belarus to Venezuela, Andrei Molcha, and the Belarusian diplomatic staff.

The Venezuelan foreign minister said that “our efforts for freedom make us remember right now that we are committed to peace, sovereignty and multilateralism”.

Belarus and Venezuela have cooperation agreements in areas such as economy, industry, politics, food production, trade and the petrochemical industry.