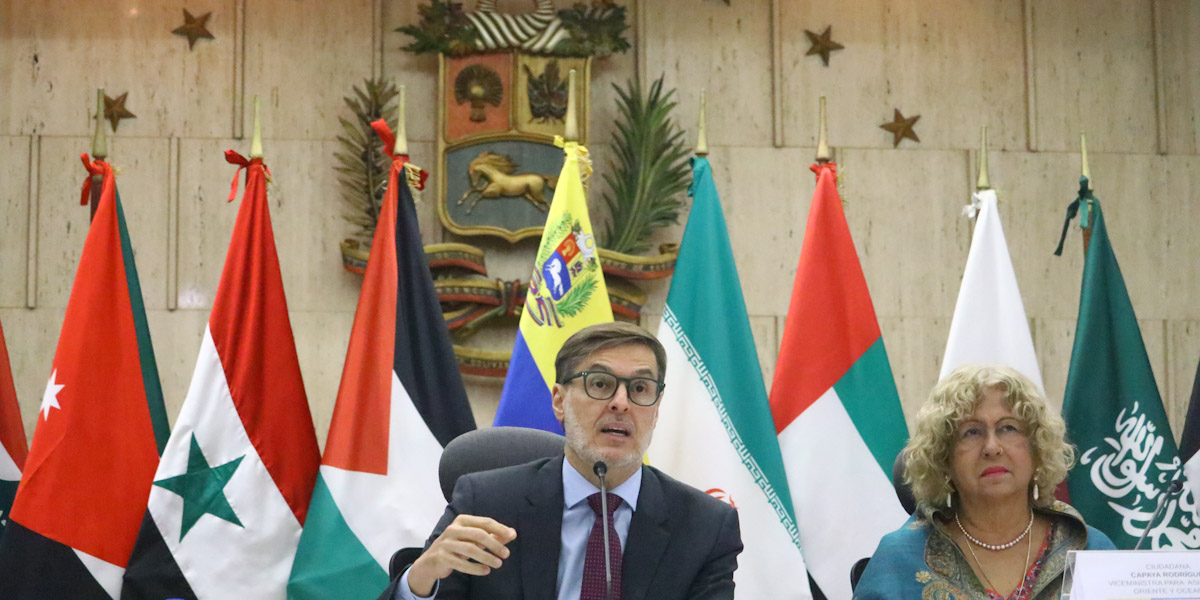 The Vice-minister for Asia, the Middle East and Oceania, Capaya Rodríguez, held a working videoconference with the heads of Venezuelan diplomatic missions accredited in Saudi Arabia, Azerbaijan, the United Arab Emirates, Iraq, Iran, Jordan, Kazakhstan, Kuwait, Lebanon, Palestine , Qatar and Syria, for the preparation of the roadmap to be developed during the year 2022.

During the telematic meeting, the Vice-minister listened to the concerns and approaches of the Venezuelan diplomats designated in the Middle East and Central Asia, regarding the steps taken to increase friendly relations and cooperation with these nations, emphasizing on the identification of investments to accelerate the production process in the South American country, according to the line instructed by President Nicolás Maduro.

The People’s Power Minister for Foreign Relations, Félix Plasencia, praised the meeting with his presence, acknowledging the work being carried out by the Heads of Venezuelan missions in the world, in the midst of the implementation of illegal unilateral coercive measures, assuring them that he works with various agencies of the National Public Administration to guarantee the solution of the weaknesses that the Embassies are going through, as a consequence of the application of the financial blockade imposed on the Bolivarian Republic of Venezuela by the United States, the European Union and its allies in other regions.

Vice-minister Rodríguez urged the Heads of missions to make the corresponding links with the homologous instances in this matter, in order to specify actions that contribute to the progress of Venezuela, in accordance with the provisions of the Plan de la Patria and the guidelines issued by President Nicolás Maduro Moros.