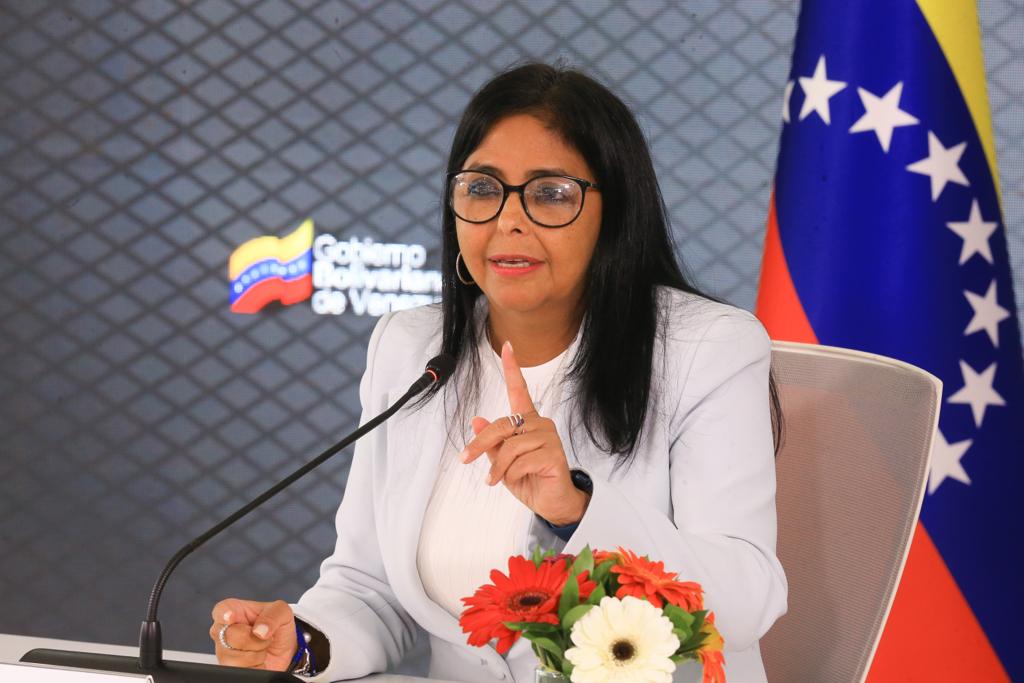 Within the framework of the 40th Period of Sessions of the Human Rights Council of the United Nations Organization (UN), which took place in Geneva, Switzerland, Venezuela reported that in the last five years there has been a reduction of spaces for International Public Law as well as restrictions in the exercise of Human Rights of the Venezuelan people, and explained that these causes are due to the unilateral coercive measures that the White House has implemented since 2015, as a neocolonizing model that seeks to subjugate free and sovereign peoples.

“There has been an impact caused directly by representatives of the countries that make up this Human Rights Council”, said Delcy Rodríguez, Executive Vice-president of the Republic, when presenting the report at the III Universal Periodic Review on this matter.

She questioned the indifference and complacency in the face of these serious violations. “We add our voice to promote corrective measures to be studied, and applied on the people that suffer and are victims of the coercive measure that violates public international law”, she pointed out while calling for voices to be raised to request the elimination of illegal imperialist sanctions.

She energetically stressed that something is wrong “when in the same room, in the same global house of guarantee and protection of Human Rights, aggressors and victims of this type of hegemonic policy coexist”, Rodríguez said during her speech before the UN.

In this context, she pointed out that the Government of the United States in a “perverse, meticulous and detailed manner conceived this matrix of measures against the Venezuelan people (…) and the United Kingdom, which has adopted the decision to seize the gold, even in the midst of the Covid-19 pandemic”, asserted the Vice-president.

Rodríguez headed the diplomatic session, on behalf of the Bolivarian Government led by the President Nicolás Maduro, in which she outlined the measures adopted by the country to strengthen and maintain the enjoyment of Human Rights in due benefit of Venezuelans.

She pointed out that the country has high challenges in terms of human rights, which is why it has been working with the Office of the High Commissioner to exalt fundamental rights in the country.

The Vice-president highlighted that they accepted the 193 recommendations made and 24 voluntary commitments were adopted in the matter of the second periodic review of Human Rights.

She did not fail to mention that there has been an attempt to promote the creation of an artificial war under the excuse of a humanitarian crisis in the country. At the same time, she said that the economic war and the unilateral coercive measures promoted by the United States of America have violated the enjoyment of human rights.

She pointed out that 29 electoral processes have been carried out in the country over 22 years, guaranteeing the political rights of citizens. In addition, it attends to vital matters related to housing, education, health and food for the people.

She indicated that the current economic blockade against the country deprived the nation of 99% of its income in foreign currency, however, today the country shows a significant economic recovery. She highlighted also that in the last quarter of 2021, the national Gross Domestic Product grew 7.6%.

Finally, she added that, despite the difficulties such as assassination attempts, coups, mercenary incursions and economic warfare; Venezuela continues to work to ensure the enjoyment of Human Rights.