Foreign Minister Plasencia: 'In Venezuela, the protection of human rights is a fundamental transversal guideline in favor of the peoples' - MPPRE 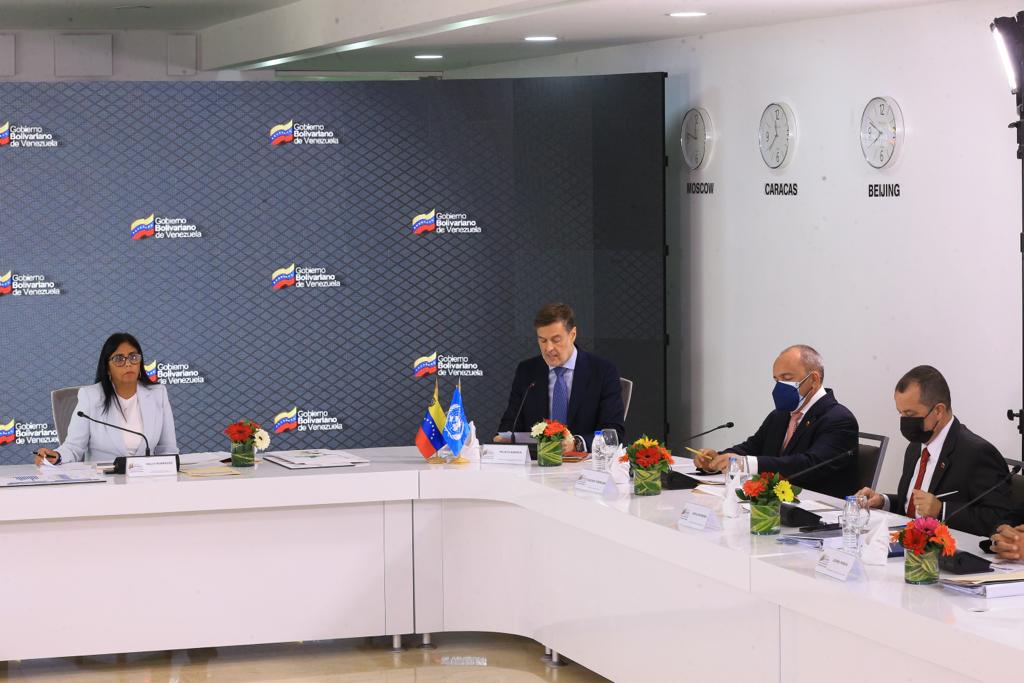 Venezuela’s Foreign Minister Félix Plasencia highlighted the actions taken by the Bolivarian Government to guarantee the protection of human rights.

In his statement at the Universal Periodic Review (UPR) at the UN Human Rights Council, in Geneva, the Venezuelan foreign minister highlighted “the successful experience in the fight against poverty, for the eradication of illiteracy, for education and housing, among other areas,” promoted by the Venezuelan Government.

Plasencia assured that “Venezuelan, within the framework of multilateral and bilateral cooperation, takes on the promotion and protection of human rights as a fundamental transversal guideline in favor of the peoples.”

The Venezuelan foreign minister stressed that the Caribbean nation promotes regional integration and cooperation through organizations such as the Community of Latin American and Caribbean States (CELAC), the Union of South American Nations (Unasur), the Bolivarian Alternative for the Peoples of Our America-Peoples’ Trade Treaty (ALBA-TCP) and Petrocaribe.

Plasencia informed that “Venezuela is making positive contributions to the international community in the promotion and protection of human rights, and it has presented its candidacy for reelection at the Human Rights Council for 2022.”

In this regard, he outlined the actions taken by Venezuela to ensure the defense of human rights through different state and government agencies, including the installation of the National Assembly (Parliament) in 2021 and the endorsement of a joint memorandum of understanding  with the UN High Commissioner Michelle Bachelet “in order to establish the presence of officials in the country to develop an agenda on cooperation and technical assistance.”

Finally, Foreign Minister Plasencia highlighted the Plan Vuelta a la Patria as a mechanism “to provide the means for the voluntary return of Venezuelan migrants and protect their rights in the face of the xenophobia and exclusion of which they have been victims in many host countries.”