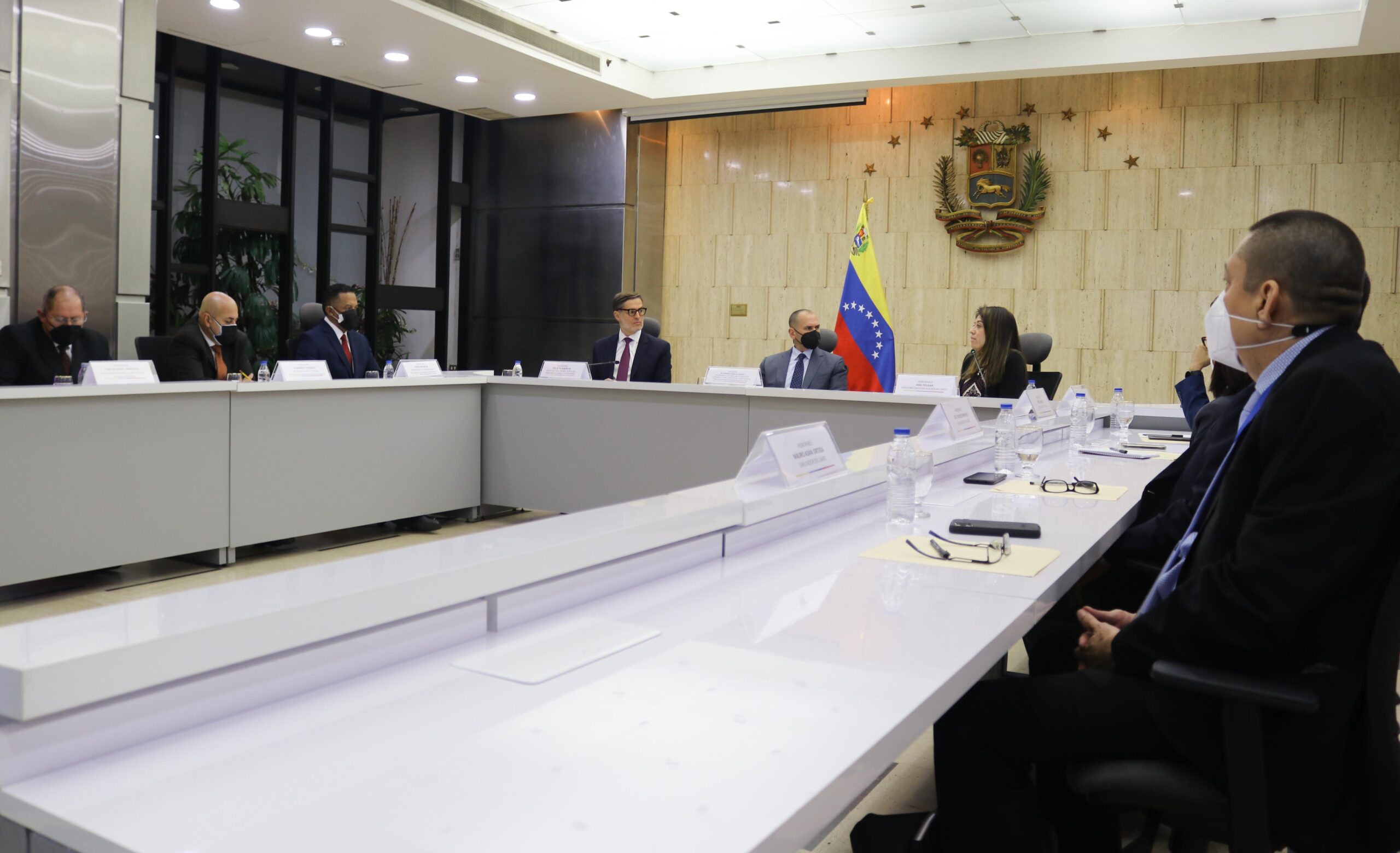 At the headquarters of Venezuela’s Foreign Ministry, in Caracas, the 4th Round of Mutual Evaluation of the Caribbean Financial Action Task Force (CFATF) took place to produce a report on the strengths and weaknesses of the Venezuelan system in the fight against money laundering, financing of terrorism and financing of the proliferation of weapons of mass destruction.

The event was attended by Foreign Minister Félix Plasencia, Interior Minister Remigio Ceballos, and other members of the CFATF’s evaluating mission, led by Ana Folgar and Héctor Sevilla.

Plasencia was pleased to welcome the members of the evaluating commission, and said he expected an objective, responsible evaluation of the mutually agreed guidelines.

Likewise, he stressed the efforts of President Nicolás Maduro’s Government as a fundamental actor in international relations, including their “commitment to cooperation, integration and solidarity, manly with the Latin American and Caribbean people.”

Interior Minister Remigio Ceballos affirmed that Venezuela is monitoring all CFATF’s recommendations and is making an important effort to make the country stronger in the fight against organized crime and money laundering. Also, Ceballos said the Bolivarian Constitution of Venezuela establishes principles such as international cooperation, multilateralism, the respect for human rights and the guarantee for peace.

Ceballos explained that Venezuela’s social protection policy is in line with a State policy to fight crime in all its forms, including the fight against organized crime, terrorism and drug trafficking, among others.

For her part, Ana Folgar, CFATF’s deputy executive director, explained this organization assists its members in the effective implementation of common countermeasures to address money laundering, financing of terrorism and financing of the proliferation of weapons of mass destruction.

Folgar also said the goal of this evaluation is to know and understand in depth the functioning of the Venezuelan institutions fighting these crimes, and from that understanding, draw conclusions on their strengths and weaknesses and make recommendations to strengthen Venezuela’s system according to the CFATF’s methodology.