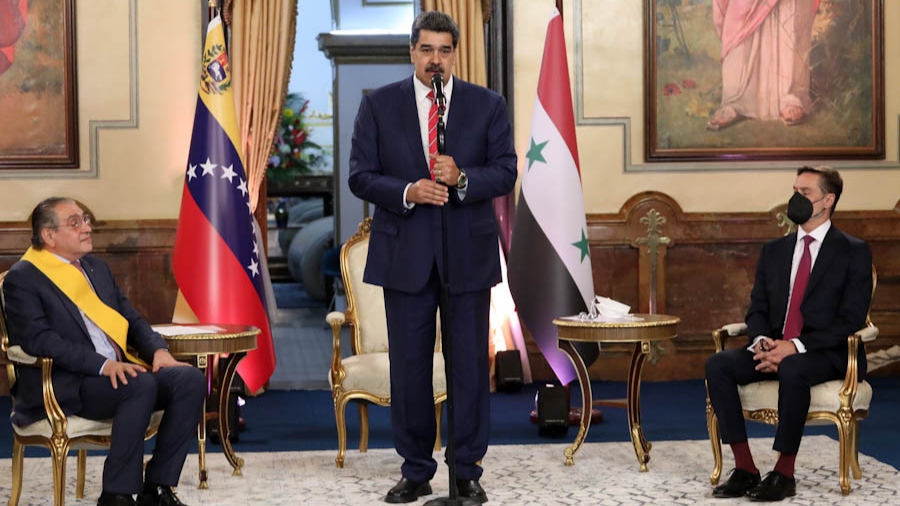 The President of the Republic, Nicolás Maduro Moros, paid a farewell tribute to the Ambassador of the Syrian Arab Republic, Khalil Bitar, who has held the position since 2017.

During the event, the Venezuelan President awarded the Francisco de Miranda Order, in its first class, to the Syrian diplomat for his outstanding participation in the country.

The Head of State is accompanied by the first combatant, Cilia Flores de Maduro, and the People’s Power Minister for Foreign Relations, Félix Plasencia. Venezuela and Syria reaffirm mutual support in the face of sanctions and coercive measures imposed by the United States and its western allies to both nations.

These countries maintain a close diplomatic relationship, as well as agreements in the areas of tourism, trade, economy, science, technology, environment and agriculture.