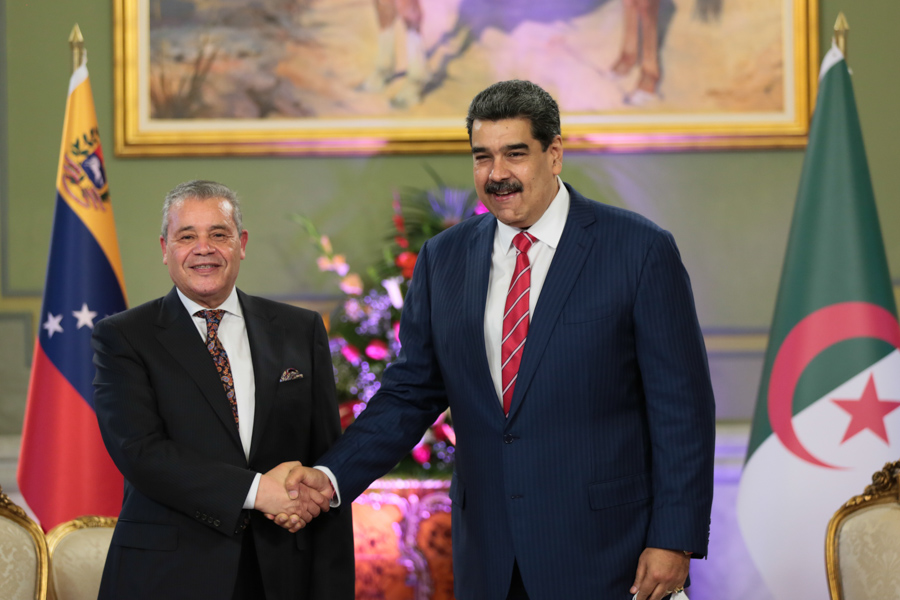 The Head of State and Government, Nicolás Maduro, receives this Monday afternoon the Credentials that accredit the ambassadors of the People’s Democratic Republic of Algeria, Abdelkader Hadjazi, and of the Republic of Peru, Librado Orozco Zapata, before the Republic Bolivarian of Venezuela.

The Venezuelan President is accompanied by the first combatant, Cilia Flores de Maduro, and the People’s Power Minister for Foreign Relations, Félix Plasencia.

The Ambassador of Algeria studied Law and completed a Master’s Degree in International Law at the University of Algiers and has served as Ambassador to Yemen, Eritrea and Libya.

For his part, Librado Orozco studied Literature and Law at the Pontifical Catholic University of Peru and has a degree in International Relations from the Diplomatic Academy of Peru.

He has served in the Embassies of Peru in the Russian Federation, Hungary and Canada; and in the Permanent Representation of Peru before the United Nations, in New York (Security Council).

In this way, Venezuela strengthens the ties of cooperation and brotherhood with countries of the world, based on the Bolivarian Diplomacy of Peace, respect for the principle of self-determination and the impulse of the multicentric and multipolar world.