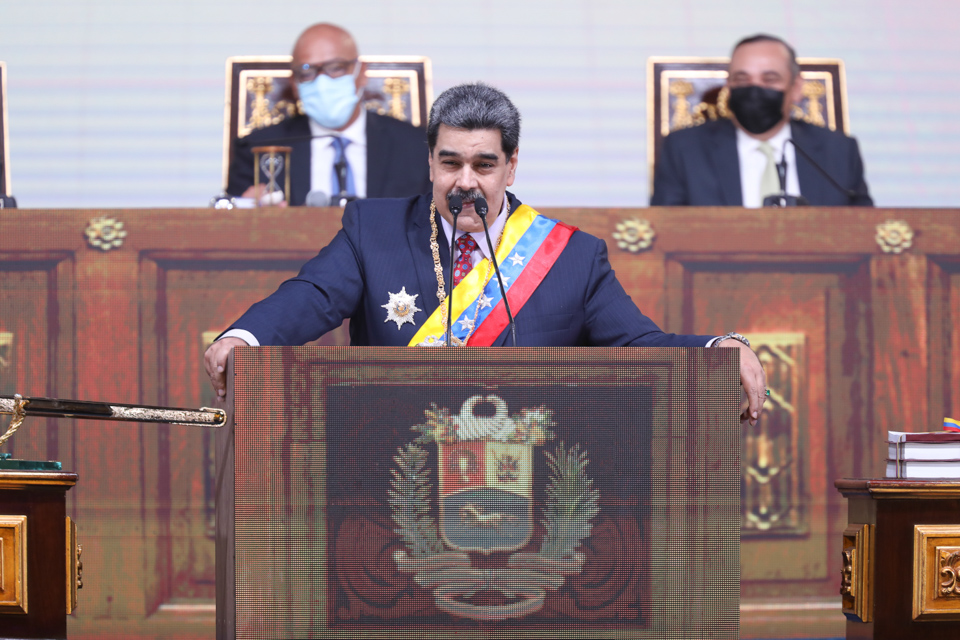 The President of the Bolivarian Republic of Venezuela, Nicolás Maduro, reitered that he believes in dialogue as the only path to peace, understanding, reconciliation and forgiveness.

He said that he is betting on the rapprochement between the parties “as the only path to the development of a united and recovered Venezuela”, recalling that during the year 2021 the “political dialogue was activated further”.

In this sense, he stressed that the activation of coordination mechanisms with the extreme right in Mexico, meant “a great achievement of patience, perseverance and faith in our country”

He recalled that in the Central American nation “an agenda was established, there were great achievements: The recognition by the extreme Guaidocist right of the legitimacy and existence of the Bolivarian Government” chaired by President Nicolás Maduro.

In this context, it was possible to establish a proactive, national agenda of great depth and great perspective for the good of the country, peace, coexistence and political participation that was truncated by the United States government, said the Venezuelan President.

This statement was accompanied by a call to governors and mayors to go “do their job, go solve the problems of our people, go attend to the most pressing needs of the people”.

“Now it’s your turn (…) now I want to see you all giving your best, advancing, strengthening all the way in orther to fortify the institutions within the popular belief, within the popular wisdom”, said the Head of the Venezuelan State to the regional authorities present in the Federal Legislative Palace.