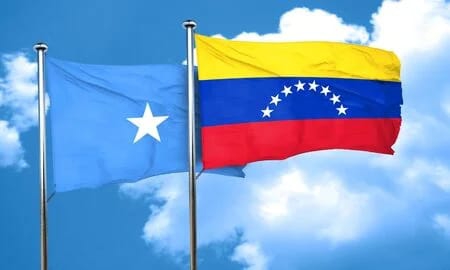 Also, they addressed “the strengthening of bilateral dialogue and multilateral cooperation” between the two countries, according to the Venezuelan foreign minister on his Twitter account @PlasenciaFelix.

Muse Ali has been Somalia’s minister of Foreign Affairs and International Cooperation since November 20, 2021.

Before his appointment, Abdisaid was the longest serving National Security Advisor to the President from December 2017 to September 2021. Abdisaid was responsible for the strategic oversight and daily management of security policy in Somalia covering military, police and intelligence institutions.

Venezuela and Somalia established diplomatic relations on May 2, 2005, following the endorsement of a Joint Statement. In 2006, the two countries signed a non-refundable Economic Assistance Contract to address the food emergency, and they are currently in negotiations to sign a Framework Cooperation Agreement and a Memorandum of Understanding for the Establishment of a Political Consultation Mechanism.