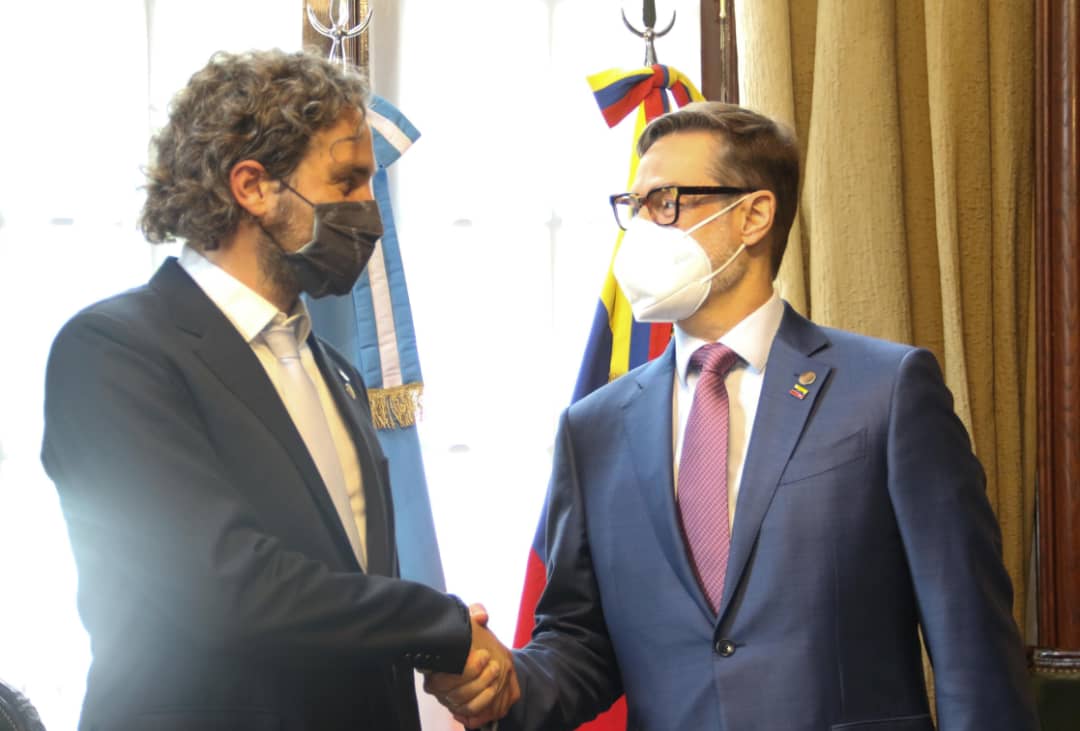 On the occasion of the 12th Meeting of Foreign Ministers of the Community of Latin American and Caribbean States (CELAC), held in Argentina, Venezuela’s Foreign Minister Félix Plasencia held a bilateral meeting with his Argentinean counterpart Santiago Cafiero to strengthen their countries’ cooperation ties.

The Argentinean foreign minister said that CELAC has enabled its member countries to work together despite the global sanitary crisis caused by COVID-19.

Argentina will head the regional bloc in 2022 and replace Mexico, a country that was praised for the laudable role it played.