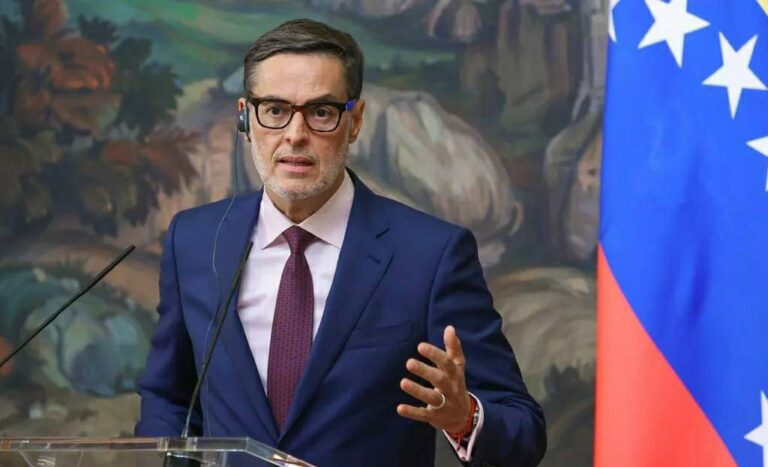 Venezuela’s Foreign Minister Félix Plasencia assured Colombia’s President Iván Duque is the leader of a “selective annihilation” after the massacre in the Jamundí municipality in the Department of Valle del Cauca, where three Venezuelans were murdered.

On his Twitter account @PlasenciaFelix, the Venezuelan foreign minister regretted the murders and denounce that the Colombian president “is trying to pass the buck with an empty speech and traditional false flag operation.”

In this regard, Plasencia urged Duque to respect the Peace Agreements, “for which Colombians, Venezuelans, the international community and the UN have worked hard, and to allow the structural conflict and humanitarian crisis in Colombia to de-escalate as it affects the entire region.”

“You are also guilty of the 10 million displaced people who cannot live in peace in your country, and of the murder in 2021 of 171 social leaders and 1,286 signatories of the Peace Agreements,” lambasted Plasencia.

On behalf of Venezuela, Plasencia reaffirmed the call to international organizations and UN agencies “to stop this practice that violates human rights.”

In what represents the first massacre in Colombia in 2022, three Venezuelans were murdered according to the Institute for Development and Peace Studies (Indepaz).

The victims worked in the construction area and had lived in Colombia for 5 years. The killers’ identities are yet to be confirmed.