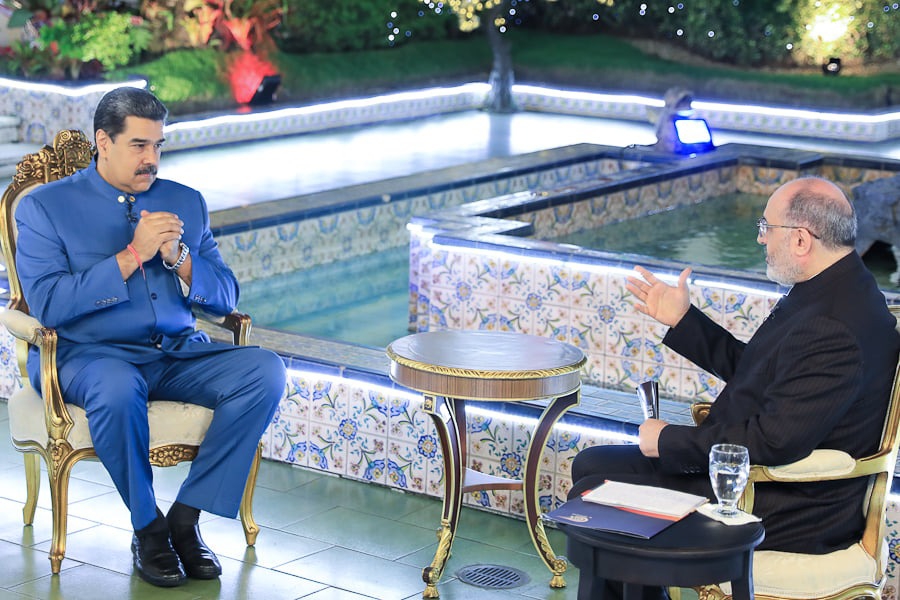 Through the High-Level Joint Commission, Venezuelan and Iran “are working on new rapprochement, cooperation plans,” that will translate into agreements favoring both parties, affirmed President Nicolás Maduro.

The Venezuelan president explained that he will travel to Tehran, capital city of the Islamic Republic of Iran, to engage in conversations with his Iranian counterpart Ebrahim Raisi, “endorse new documents, and speed up cooperation processes in all areas between two independent, sovereign countries.”

In an interview with Arab TV station Al Mayadeen, Maduro said that in previous telephone conversations with his Iranian counterpart, “we have agreed a set of new plans” that are proof of the strength of Venezuela-Iran relations.

Also, President Maduro pointed out that he will hold a meeting with the Ayatollah Sayyid Ali Hamenei, whom he deems “a man with great wisdom, intelligence, human sensitivity and capacity to address his country’s and the world’s issues.

He said that Ayatollah Sayyid Ali Hamenei “is a man who gathers the experience of Iran’s Islamic Revolution” with a wide knowledge in world politics issues.

“It’s an honor to rely on his advice and opinions,” sad President Maduro.

Venezuela and Iran maintain alliances in areas such as science, technology and innovation, including the transfer of technology in areas such as agriculture, food, industry, mining and construction. Likewise, their strategic cooperation encompasses productive economy and oil.