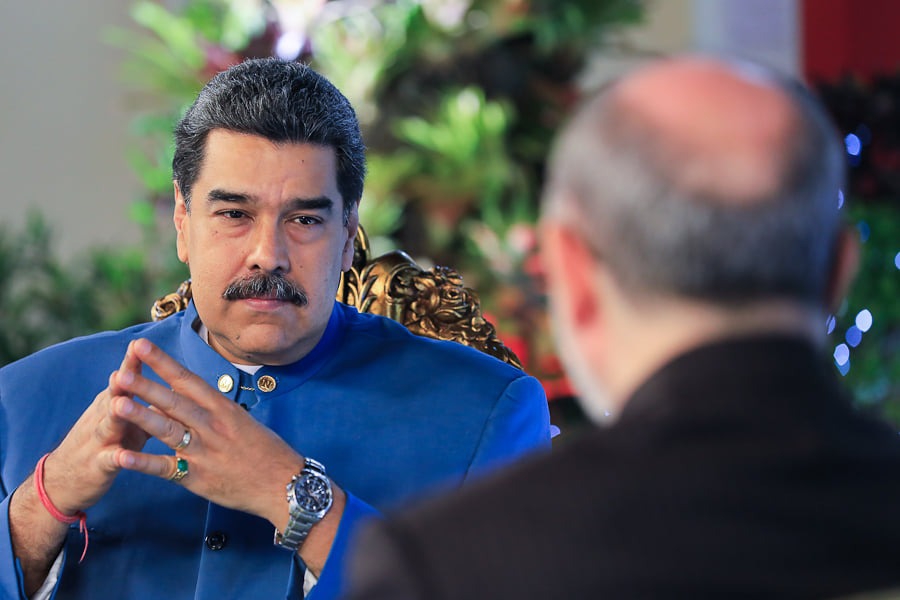 “Do not leave Palestine alone”, urged the President of the Republic, Nicolás Maduro, advocating for the decided support of the world’s governments in the face of the progressive attacks by Israeli settlers against the Palestinian people.

“What happens in Palestine, the assassinations by the Zionist state have no name, it does not happen in another part of the world. Palestine shouts: Help! Cries out for support”, he said in an interview with journalist Ghassan Ben Jeddou, from the Arab television channel Al Mayadeen.

By asserting that “the crime committed against the Palestinian people will one day be paid”, he reaffirmed his commitment to the Palestinian cause, as well as the support of the Bolivarian Revolution in the face of the execution of genocidal acts by the Zionist regime.

“Palestine has all the support of Venezuela, of all its people today, tomorrow and always. We love Palestine, all its people with all our strength”, he stressed.

Referring to the cooperative relations between Venezuela and Palestine, the dignitary pointed out that “they are working quite well” and that “we would like to do more for Palestine”.

In 2018, Venezuela and Palestine signed cooperation agreements in the areas of tourism and mining. Similarly, both nations agreed to incorporate the Venezuelan cryptocurrency Petro as an exchange currency.

Bilateral alliances were strengthened with the arrival of Commander Hugo Chávez to the Presidency of the Bolivarian Republic of Venezuela (1999-2013), a period characterized by the establishment of friendly relations with the opening of the Palestinian embassy in Caracas in the year 2009.

Syria will be reborn

When asked about the current situation of the Syrian people, the head of state highlighted their ability to resist and overcome the outrage caused by terrorism in the last decade.

In this sense, he affirmed that “the Arab-Syrian army, the Syrian people in perfect union and President Bashar al-Ássad will make Syria flourish again, they will fully recover it”.

“The world will be amazed at how Syria -in the years to come- will be reborn”, he reiterated.