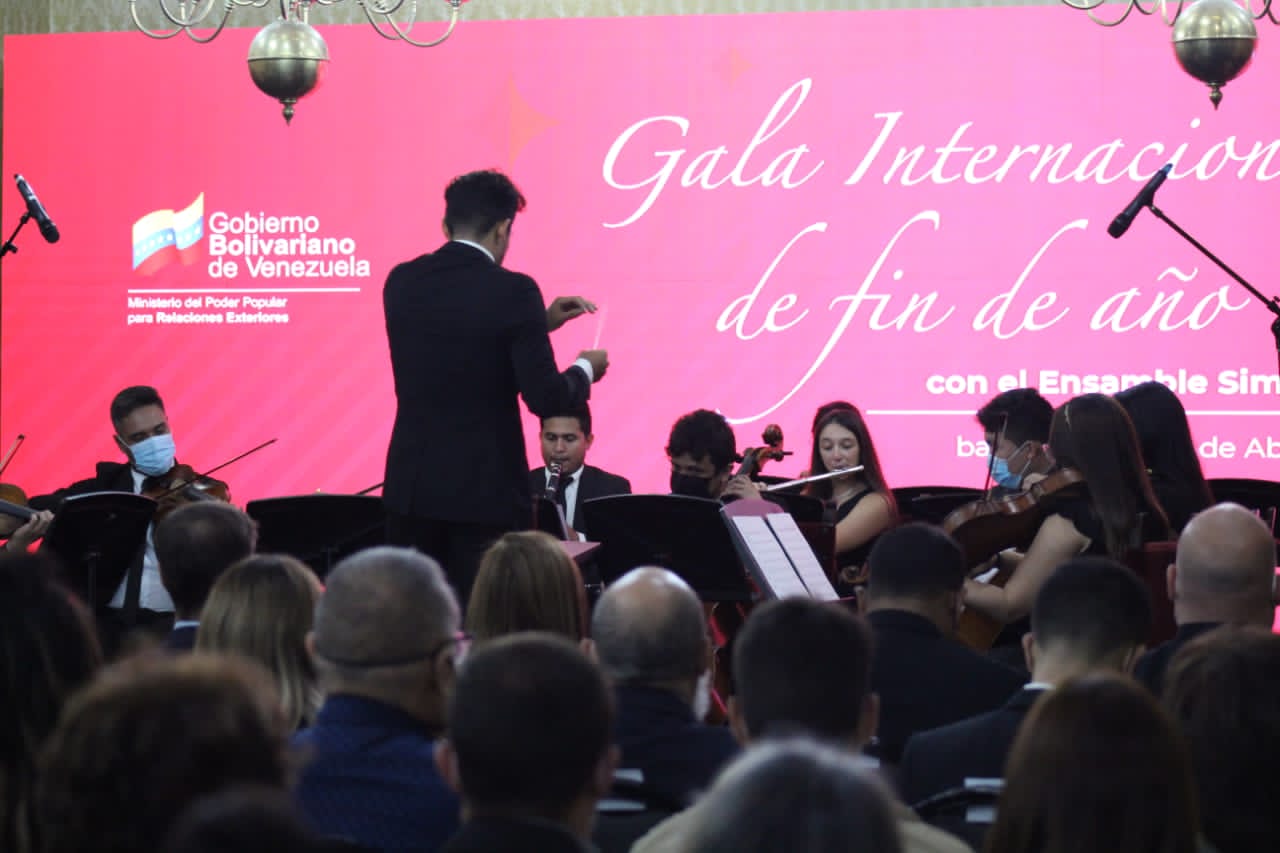 The Casa Amarilla ‘Antonio José de Sucre’, headquarters of the Venezuelan Foreign Ministry in Caracas, was the stage to celebrate the closing of the diplomatic year in Venezuela with a symphonic concert called “International New Year’s Eve Gala,” performed by the Simón Bolívar Musical Ensemble under the direction of Abner Padrino.

Ambassadors, chargés d’Affaires and the rest of the diplomatic staff accredited in the Bolivarian Republic of Venezuela met at this cultural event, where a Christmas message by President Nicolás Maduro was broadcast.

“The year 2021, with its bicentennial mystic, covered our immense land with blessings, from Amazonas to the Andes, from the Llanos (Plains) to the Caribbean. The presence of our founding fathers and mothers was felt stronger than ever,” said the Venezuelan president.

President Maduro also said that 200 years later, Venezuela is still growing in courage, beauty and spirit. “Each woman, each man, and each child that make up this nation carry in their hearts an undefeated word: Venezuela! Today we celebrate Christmas, the perpetual resurgence of hope, and, of course, the most beautiful heritage we could ever have: A decent, infinite Homeland!”

The Minister of Peoples Power for Foreign Affairs, Félix Plasencia, extended the presidential message of peace and joy to all the peoples and governments with accredited missions in the country.

“In addition to our international commitment to integration and solidarity, our country is music, art, and passion from our hearts. That’s what the Homeland of Bolívar, Chávez and President Nicolás Maduro want to remind you,” said the Venezuelan foreign minister.