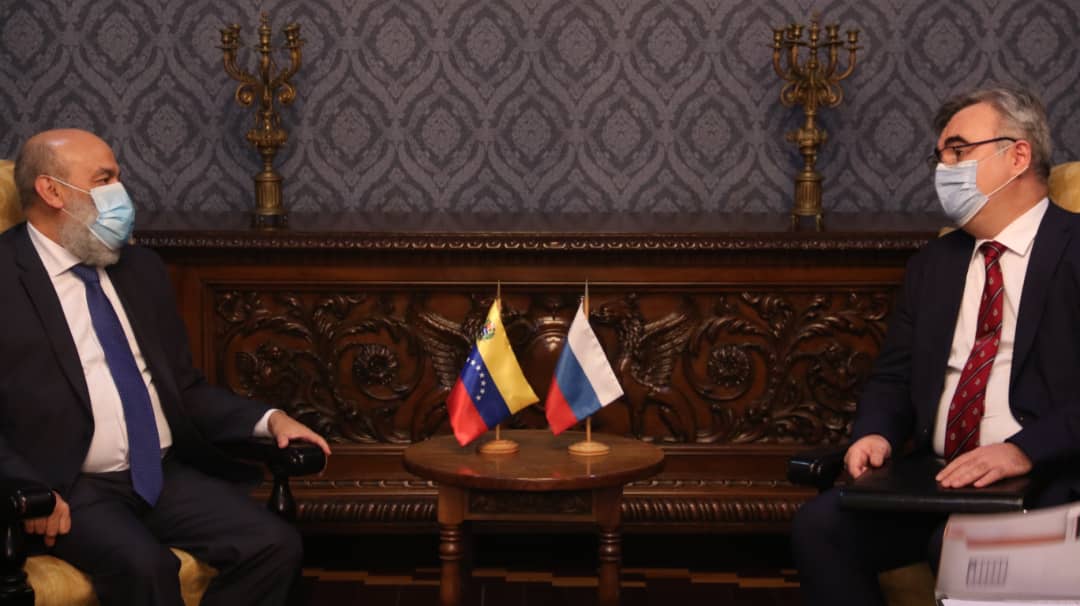 Foreign Vice-minister for Multilateral Affairs and National Coordinator for the Bolivarian Alliance for the Peoples of Our America-Peoples’ Trade Treaty (ALBA-TCP), Rubén Darío Molina, held a meeting with the Ambassador of the Russian Federation to Venezuela, Sergey Mélik-Bagdasárov, to review and assess the broad agenda of multilateral cooperation developed in 2021.

At Casa Amarilla, headquarters of Venezuela’s Foreign Ministry, in Caracas, Molina said that the two countries have provided mutual support in the different mechanisms concerning the United Nations (UN) and other specialized organizations, where Venezuela and Russia have agreed on the defense of inclusive multilateralism and a multipolar world.

Also, he stressed that Venezuela and Russia advocate for a United Nations with no double standards, multilateral organizations responding to the interests of countries, and the respect for the right to development and the self-determinations of sovereign States in accordance with the Charter of the United Nations, which is defended by the two countries through the Group of Friends established this year.

Besides the strategic alliance forged by Venezuela and Russia that has produced fruitful agreements in areas such as education, health, defense, technology, energy, housing, trade and agriculture, the two countries share convergent positions in multilateral spaces and international fora.