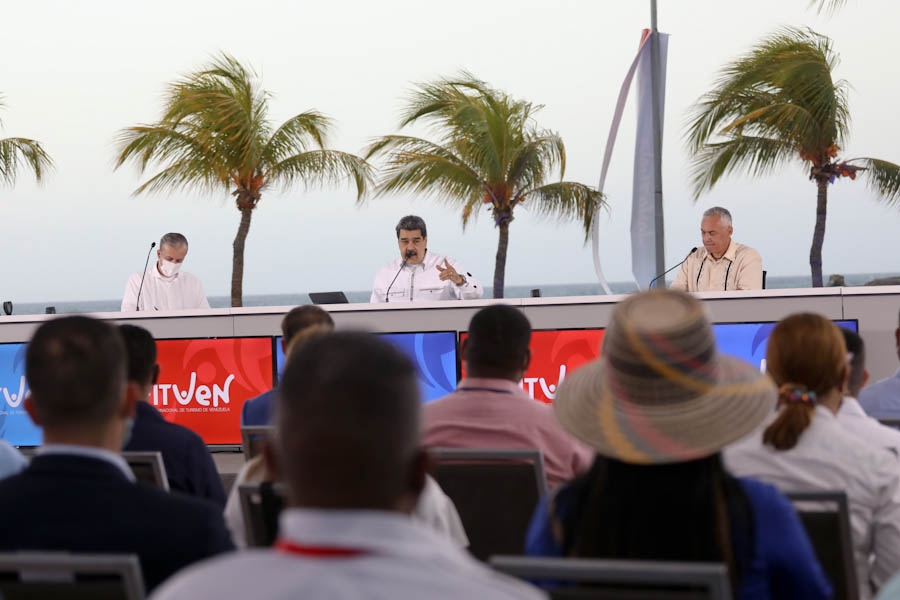 Domestic, receptive tourism is the fundamental variable on which the Venezuelan Government is working to continue boosting tourism, both domestically and internationally, in tune with the goal of a new sustainable economic model.

At the 14th edition of the International Tourism Fair of Venezuela (FitVEn 2021), held in La Guaira state, President Nicolás Maduro said that domestic tourism is aimed at Venezuelans so that “they can enjoy their country, love it, and create the conditions for domestic tourism to perform as it is currently doing.”

Maduro underlined that the second guideline for development is receptive tourism so that people from all over Latin America and other continents come and visit.

“The people is already developing a culture for the development of a receptive, solidarity-based and safe tourism,” said the Venezuelan president.

President Maduro called on his ministers, economy vice-presidents and energy and oil authorities to “clearly outline the growth of domestic and international tourism for the years 2022, 2023, 2024.”

The Venezuelan president said that the goal is to strengthen “our international projection. Tourism has to become a great driving force of domestic economy and bring wealth to the Gross Domestic Product (GDP), welfare and happiness to the Venezuelan people, and show the world the beauties of a country that does not give up and dreams big.”

He stressed that Venezuela “is taking steps towards a new sustainable, diversified economic model based on work.”

The Venezuelan president pointed out that the only things that generate real wealth in life and in a country are work, transformation of raw materials, creation of products, goods and services, food and industrial production.

“The great oil, gas, gold, diamond, iron, steel, aluminum wealth should be a supplementary wealth in a powerful country in technology, education, culture, economy and production. A new country is emerging step by step.”

For his part, Venezuela’s Tourism Minister Alí Padrón informed that in 2021 “over 522,000 Venezuelans were trained in the community tourism area.”

Padron stressed that thy are working on “the management of tourism destinations, the creation of tourism routes related to culture, art, religion, gastronomy, and the promotion of public, private, domestic and foreign investments […] which are strategic elements that will help us change our vision and move from an oil-dependent economy to a productive economy.”