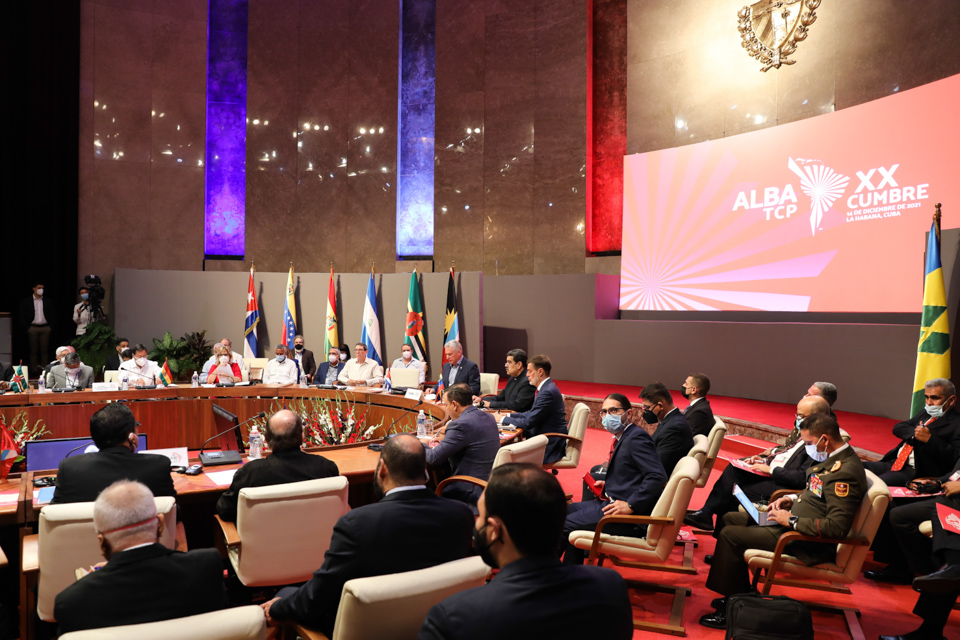 The President of the Republic, Nicolás Maduro, participates this Tuesday in the XX Summit of Heads of State and Government of the Bolivarian Alliance for the Peoples of Our America-Peoples’ Trade Treaty (ALBA-TCP), which is held by first time in person since the beginning of COVID-19.

The Palace of the Revolution, located in the Plaza de la Revolución Complex in Havana, will host an opinion exchange regarding the regional situation as well as to draw up joint strategies in the face of the challenge posed by the pandemic.

Upon his arrival at the José Martí International Airport, after 8:00 pm (Cuban time) on Monday, the Dignitary announced that the member states will discuss “an economic, social, political post-pandemic plan” with a view to the year 2022.

The political dialogue will provide an opportunity to evaluate the agreements signed in the Declaration of the XIX ALBA-TCP Summit, held on June 24, where universal immunization was advocated, as well as the equitable distribution of supplies and equipment to combat the COVID-19.