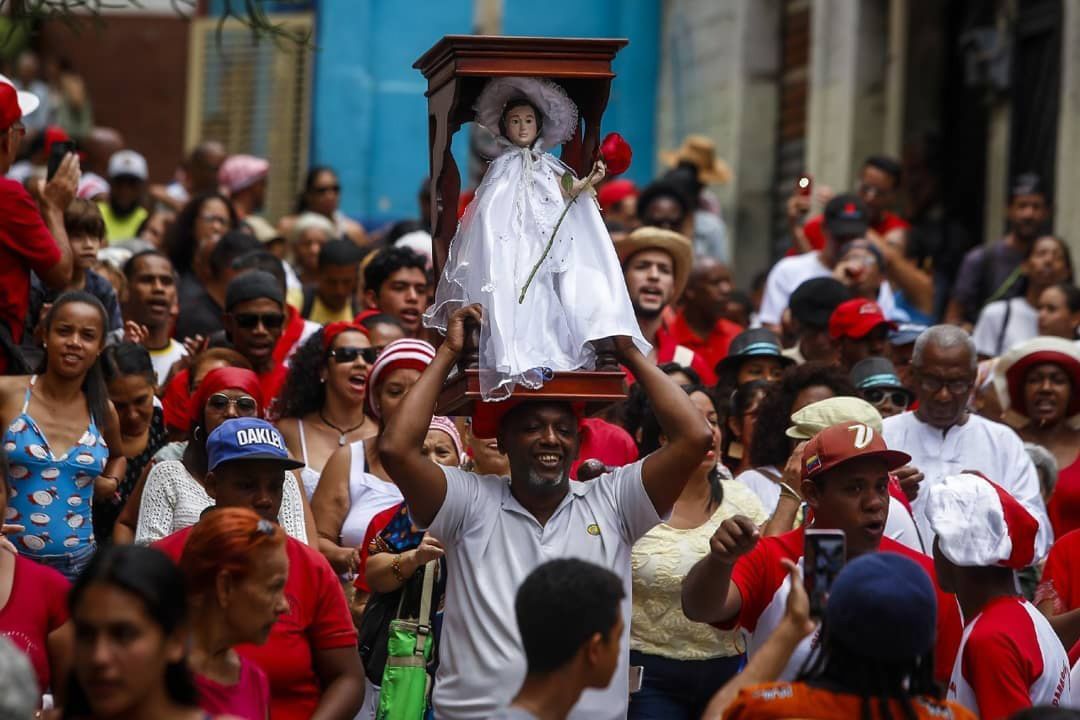 Officially, the United Nations Educational, Scientific and Cultural Organization (Unesco) ratified the Festive Cycle of Worship of San Juan Bautista (Saint John the Baptist) as Intangible Cultural Heritage of Humanity, in an act held at its world headquarters in Paris, France.

Through a statement issued by the Venezuelan ambassador to UNESCO, Jorge Valero, the information was released.

“The countries that make up the Committee on Intangible Cultural Heritage welcomed the Venezuelan proposal. In particular the African countries, given that the devotion and worship of Saint John the Baptist reconstructs ancestral, mystical, ritual, musical, dance and religious practices that have their roots in Sub-Saharan Africa”, said the diplomatic representative in the aforementioned UN agency.

Unesco’s decision will contribute to the consolidation and international projection of the cult of Saint John the Baptist, Valero added in the statement.

In this sense, the People’s Power Minister for Culture, Ernesto Villegas, said that:

“this devotion began when the indigenous and the Africans were enslaved as this served to express themselves against it, through the drums and guards, they could freely express their religious beliefs and one of them was the cult of San Juan Bautista, which unites African and indigenous expressions”.

The patronal feast in honor of San Juan Bautista began around 300 years ago, it is developed through more than 50 brotherhoods in the states: Aragua, Carabobo, Yaracuy, Miranda, La Guaira and in the Capital District, and is celebrated annually on the 24 of June.