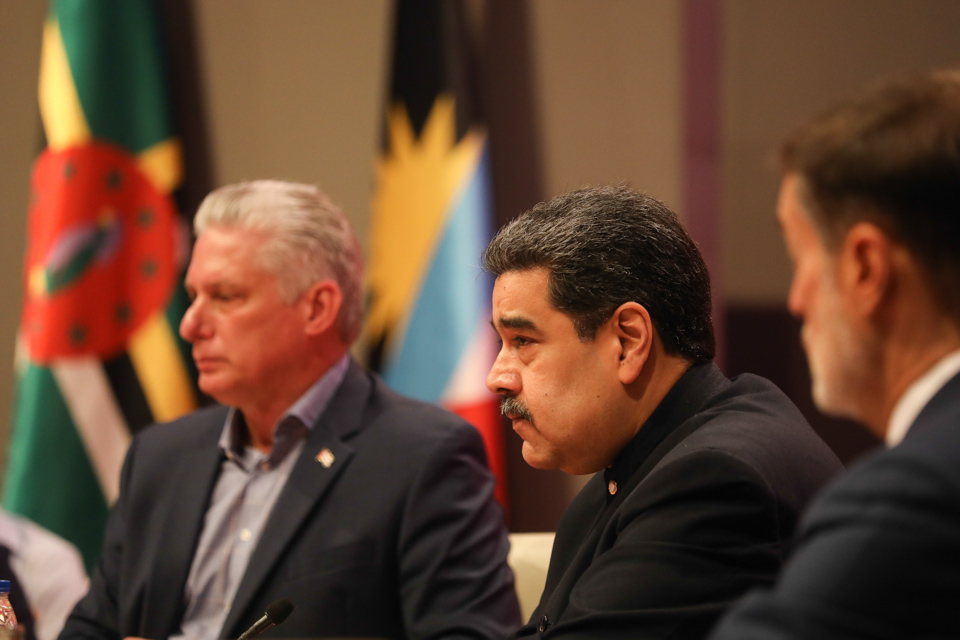 The President of the Republic, Nicolás Maduro, raised the articulation of a comprehensive economic, commercial and financial development plan of the countries of the Bolivarian Alliance for the Peoples of Our America-Peoples’ Trade Treaty (ALBA-TCP), during the XX Summit of Heads of State and Government, which takes place in the Palace of the Revolution in Havana.

He highlighted the need to join greater efforts on the solid basis of the previous experiences of the ALBA Bank, the ALBA Monetary Council and the SUCRE currency, on the latter he considered that it could “be updated to a virtual level with all the advances existing in that matter”.

The dignitary pointed out the need to advance in powerful commercial agreements aimed at the search for new investments, an action that would go hand in hand with the deployment of a joint production scheme for food, oil, gas, lithium “and everything our people need”.

“The center of the new era and the success of our projects, of our revolutionary dreams is that we really hit the road of shared economic development”, he added.

By way of self-criticism, the Head of State questioned that while the Latin American and Caribbean union is being proclaimed, “each one continue on their own economic side” when “we know perfectly well that separated we are weak”.

He then advocated “a new, firm, unitary leadership in the economic field”, while considering it interesting that Presidents and Prime Ministers “have in our portfolio a set of decisions and measures to advance more and better in integration, economic development and creation of wealth”.