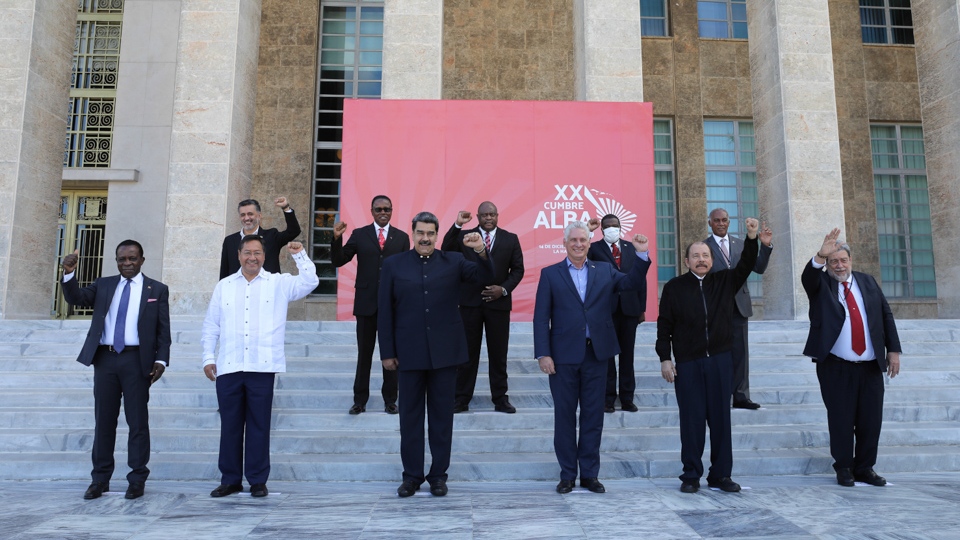 The principles of cooperation and complementarity are the guidelines of the Bolivarian Alliance for the Peoples of Our America-Peoples’ Trade Treaty (ALBA-TCP), whose action agenda points to the transformation of more participatory and supportive societies, without inequalities when attending the demands of the sovereign peoples that push for the construction of the Great Homeland.

In the last 17 years, since its creation in December 2004, it has not only emerged as a bastion of regional integration without tutelage, but as a mechanism that fosters sustainable development and a comprehensive formation of the human capital necessary for collective growth.

Betting on the common good allowed ALBA-TCP to add transcendent achievements in scientific, cultural, educational, economic and health matters through the union of its member states to guarantee the quality of life of the population.

Its milestones include the declaration of Venezuela (2005), Bolivia (2008) and Nicaragua (2009) as Territories Free of Illiteracy through the promotion of training programs for the historically excluded population, based on the teaching of reading and writing.

There is also the graduation of more than 30 thousand doctors from the Latin American School of Medicine (ELAM), an institution that opens its doors to young people from Latin America, the Caribbean and Africa in order to train them with a social vocation and high scientific, technical, ethical and humanistic values.

In terms of health, the Misión Milagro (government ophthalmic health program) has restored sight to more than 6 million people for free. Likewise, medical consultations and the delivery of lenses to people with ophthalmological conditions were expanded.

In the area of communications there are the radio network of La Radio del Sur and the multistate Telesur, both converted into pillars on the fight against the hegemonic currents of information.

At the sporting level, the four editions (2005, 2007, 2009 and 2011) of the ALBA Games stand out with the participation of more than 10,000 athletes from 31 countries, while in the cultural field the network of ALBA Cultural Houses stands out as they legitimize Latin American and Caribbean values ​​and identity.

Through the Peoples’ Trade Treaty, the SUCRE and the Bank of ALBA, progress was made in the construction of a space of interdependence, sovereignty and economic solidarity in a scenario characterized by the commercial and financial blockade of member states.

Plus to the achievements of ALBA-TCP are the joint fight against threats to regional stability, firm and accurate positions in defense of sovereignty and self-determination, as well as efforts to face the health crisis caused by COVID-19.