Venezuelan Foreign Minister to the US government: You cannot torpedo the dialogue at the same time that it is urgent to resume it - MPPRE 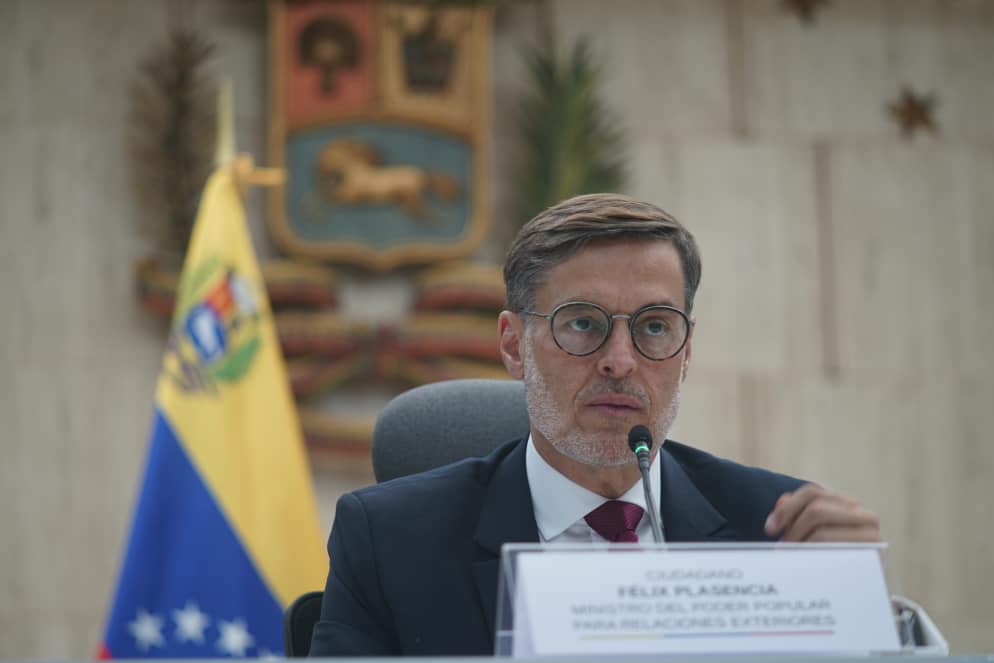 The People’s Power Minister for Foreign Relations, Félix Plasencia, described as null the comments of the Undersecretary of State for Political Affairs of the United States, Victoria Nuland, on the alleged interest of her government in reactivating the dialogue process between the Bolivarian Government of Venezuela and the opposition, suspended since the beginning of November, after the Venezuelan diplomat and representative of the negotiating table for the national government, Ambassador Alex Saab, was kidnapped by the United States.

“Although all opinions are valid, some provide new points of view, while others are null and void. It is obvious in which group the comments of Undersecretary Nuland fall. The dialogue cannot be torpedoed, and urged to be resumed at the same time”, Foreign Minister Plasencia wrote through his Twitter account @PlasenciaFelix.

In this sense, Minister Plasencia recalled that it has been the President of the Republic, Nicolás Maduro Moros, who has repeatedly called for dialogue with all sectors of the Venezuelan opposition and that “thanks to that effort” the “return of the opponents to the path of democracy” has been achieved. This is, according to the Head of Venezuelan diplomacy, “a clear sign that we will resolve our differences without any interference”.

Regarding the immediate future of the political dialogue that is taking place in Mexico, the Venezuelan Head of State pointed out that at the moment “there are no conditions” for its restart. This was said in statements to the press, during the election day last Sunday, November 21.

“It was the Government of the United States who stabbed the dialogue between the Bolivarian Government and the opposition in the back. There are no conditions to install it yet, because they have to answer for the kidnapping of Alex Saab and the moment we see there are conditions, we will announce it to the country”, said President Nicolás Maduro Moros.

On September 3, the negotiation process between the Bolivarian Government of Venezuela and sectors of the opposition was installed in Mexico City, a dialogue that has the facilitation of the Kingdom of Norway and the support of the Russian Federation and the Kingdom of the Netherlands, in accordance with the provisions of the Memorandum of Understanding signed on August 13, 2021.