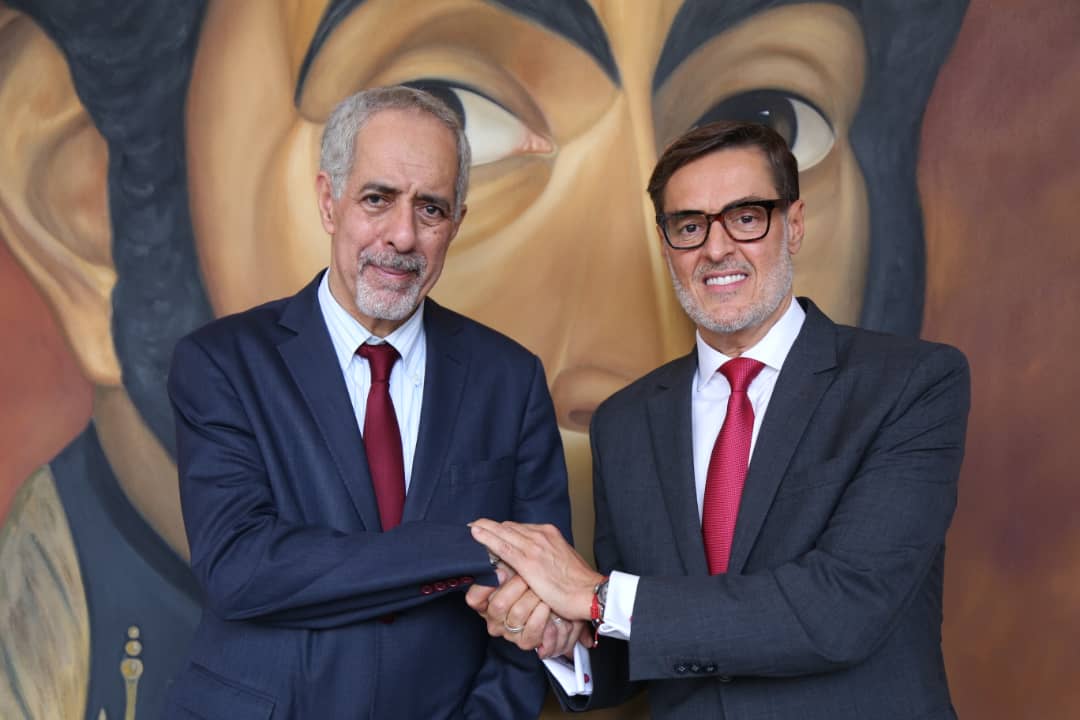 Foreign Minister Félix Plasencia met with the Ambassador of the People’s Democratic Republic of Algeria to Venezuela, Ben Moussat Ghaouti, in a farewell activity held in the headquarters of the Venezuelan Foreign Ministry in Caracas.

The event took place on the occasion of the Algerian ambassador’s termination of service after more than 6 years in office defending the principles of sovereignty and self-determination of the peoples.

Venezuela and Algeria have maintained bilateral agreements in different areas such as politics, culture, trade, communication, transport and energy, being the two latter the ones that stand out as the two countries are members of the Organization of Petroleum Exporting Countries (OPEC) and the Gas Exporting Countries Forum.