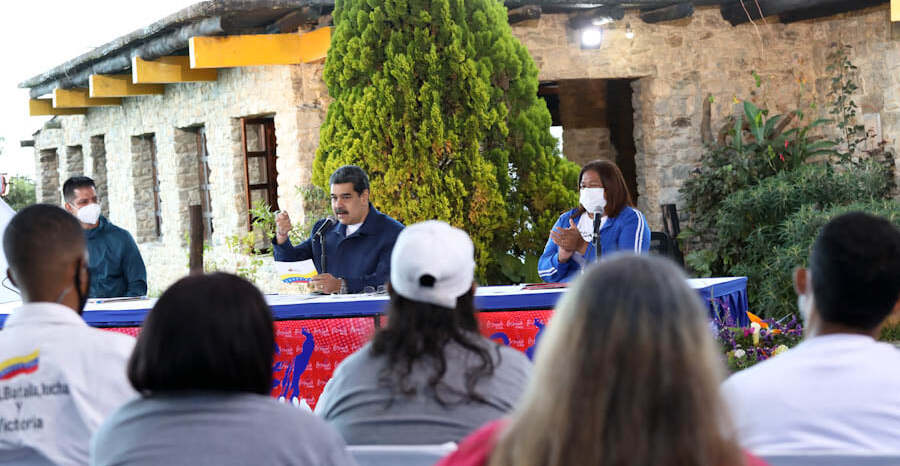 The President of the Bolivarian Republic of Venezuela, Nicolás Maduro, celebrated the initiative taken by the Colombian Congress and the Venezuelan National Assembly (AN) to normalize political, diplomatic, economic and commercial relations between both nations.

“What the Congress of Colombia did was send a communication to the president of the National Assemblies, Jorge Rodríguez, signed by the president of the Colombian Congress, the senator, Juan Diego Gómez, inviting both Parliaments to form a binational commission to begin to talk and advance in the regularization of consular, diplomatic, economic, commercial relations and in general the institutional, political and human relations between Colombia and Venezuela. From this mountain of the Waraira Repano we applaud this initiative taken by the Legislative Power of Colombia and the Legislative Power of Venezuela”, said the President.

The Head of State stressed that the letter sent by the Colombian Congress was unanimously approved by the senators, as it seeks to normalize Colombian-Venezuelan relations, while advocating for the search for solutions to the problems between both nations in peace.

“Colombia and Venezuela have to solve our problems in peace,” he stressed.

The importance of normalizing relations between Caracas and Bogotá lies in serving the people, as the President considered that “in Venezuela there are 6 million Colombians who do not have consular assistance, because the government of Iván Duque -president of Colombia- does not gives them consular assistance”.

“We need to give consular and legal assistance to Venezuelan migrants and we need to build relations, respecting political life, ideas, not getting involved in the internal affairs of either Colombia or Venezuela”, said the Head of State.

Earlier, the president of the National Assembly, Jorge Rodríguez, reported that a Bilateral Commission will be formed this Thursday from the Venezuelan Parliament to jointly address the normalization of diplomatic and commercial relations, as well as the protection of Venezuelan and Colombian companies in each territory and verification of good economic practices between the two countries.