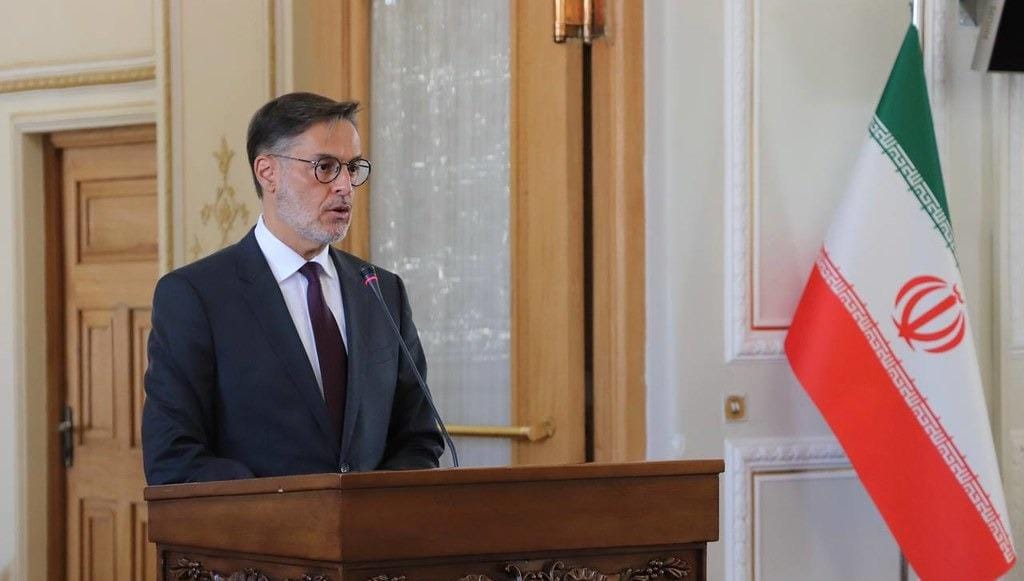 After holding a working meeting with the Minister of Foreign Affairs of the Islamic Republic of Iran, Hossein Amir Abdollahian, the Foreign Minister of the Bolivarian Republic of Venezuela, Félix Plasencia, said that both nations agreed to deepen diplomatic.

This assertion was made by the Venezuelan Foreign Minister during a joint press conference offered to international media, after discussing bilateral and regional issues, as well as matters related to the systematic persecution of the United States Government against Venezuela. relations and strengthen multilateralism.

The diplomats also advanced the preparation of a strategic cooperation roadmap for the next 20 years and agreed to reactivate the Iran-Venezuela High Level Mixed Commission before the end of 2021, which aims to deepen the relationship that both peoples deserve.

During the meeting with the press, Foreign Minister Plasencia thanked his Iranian counterpart for his words, who condemned not only the unilateral coercive measures and interventionism, but also the kidnapping of the ambassador and full member of the Venezuelan government delegation to the Dialogue Table in Mexico, Alex Saab, who was kidnapped and illegally taken to the United States.

“I also thank the Iranian Foreign Minister for his words of forceful rejection of the violation of human rights and sovereignty of Venezuelans (…) Once again, the United States violates human rights and is committed to offending the people and government of Venezuela”, he added while denouncing the “unilateralist accent” of that action.

Regarding this, the Head of Iranian diplomacy pointed out that “the recent capture of one of the Venezuelan diplomats in Cape Verde is a non-constructive and illegal attitude, and a clear violation of Venezuela’s sovereignty”, referring to what is established in the Vienna Convention.

Minister Abdollahian affirmed that Venezuela is a new opportunity for the development of cooperation and alliances in all its terms; since they share, among other things, respect for international law, integration, cooperation, solidarity and tolerance.