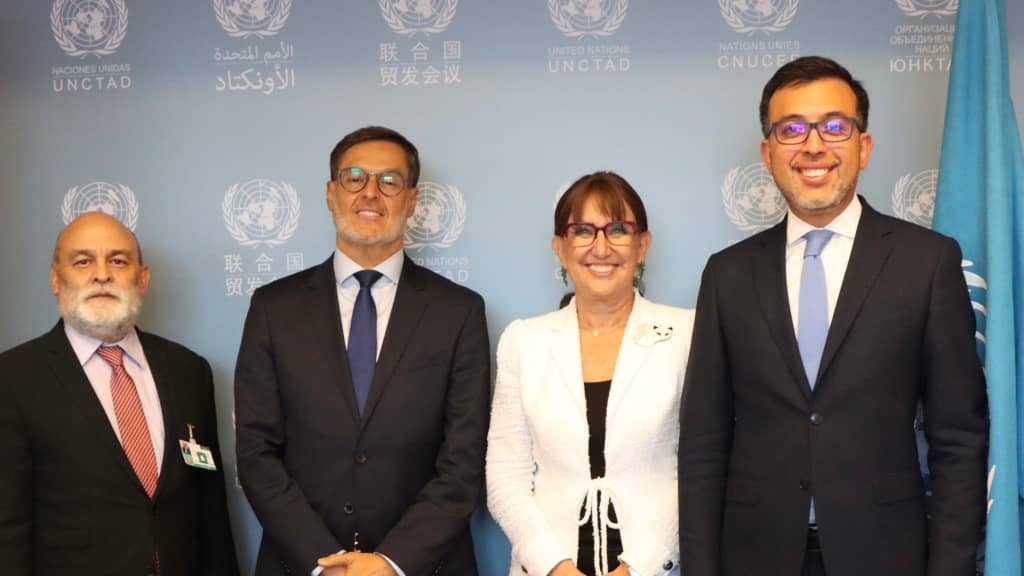 The People’s Power Minister for Foreign Relations, Félix Plasencia, held a meeting with the Secretary General of the United Nations Conference on Trade and Development (Unctad), Rebeca Gryspan, at the UN headquarters in Geneva, as part of the actions undertaken by the Venezuelan government to maximize the country’s opportunities for commercial cooperation, investment and development.

During the meeting, the authorities exchanged views on the 15th session of the Unctad, held from October 3-7 in Barbados.

The Venezuelan Minister highlighted the role of the United Nations Conference on Trade and Development, to face the economic and social challenges of the post-pandemic environment.

He also proposed that the Unctad group quantify and analyze the macroeconomic impacts of unilateral coercive measures.