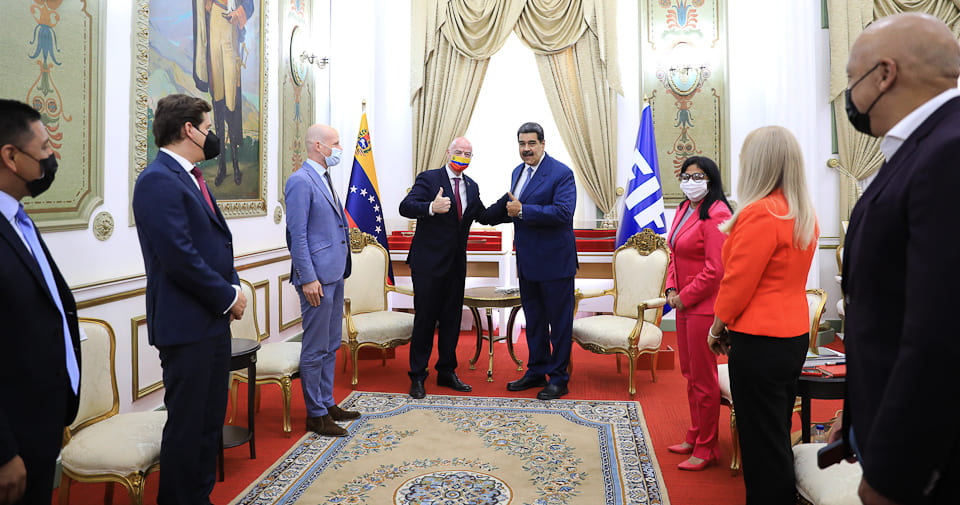 Noting that “it seems to me an extraordinary idea”, the President of the Republic, Nicolás Maduro, supported the proposal of the International Federation of Associated Soccer (FIFA) to celebrate the World Cup every two years, shortening the waiting time from four to two years.

“I agree that the Soccer World Cup be celebrated every two years for the joy and motivation of children and us fans”, he highlighted at the end of a meeting with the president of FIFA, Gianni Infantino, who is visiting Venezuela on within a tour of South America.

From the Miraflores Palace, located in Caracas, he stressed that shortening the time of the World Cup represents a “tremendous opportunity” for the participation of more soccer teams, as well as for sports exchange on an international scale.

“The more teams represent South America, Asia and Africa, the more sports talent can be found and that festival every two years will fill the youth with excitement, joy and good examples”, he said.

However, he pointed out that whether or not to support the modification of the international calendar is a decision that corresponds to the Venezuelan Football Federation (FVF), chaired by Jorge Giménez.

Currently, FIFA is evaluating the feasibility of organizing the World Cup every two years, the proposal of which was made by the President of the Saudi Arabian Federation, Yasser Al-Misehal, during the FIFA Congress held last May.

In this sense, Gianni Infantino is touring the countries associated with the South American Football Confederation (Conmebol) to present the proposal to modify the international calendar and ensure the favorable vote of the national federations.

Infantino’s route began this Wednesday in Colombia, where he participated in the inauguration of the National Team House that will be the headquarters of the Colombian Football Federation (FCF). His tour will continue in Ecuador, Chile and Argentina.