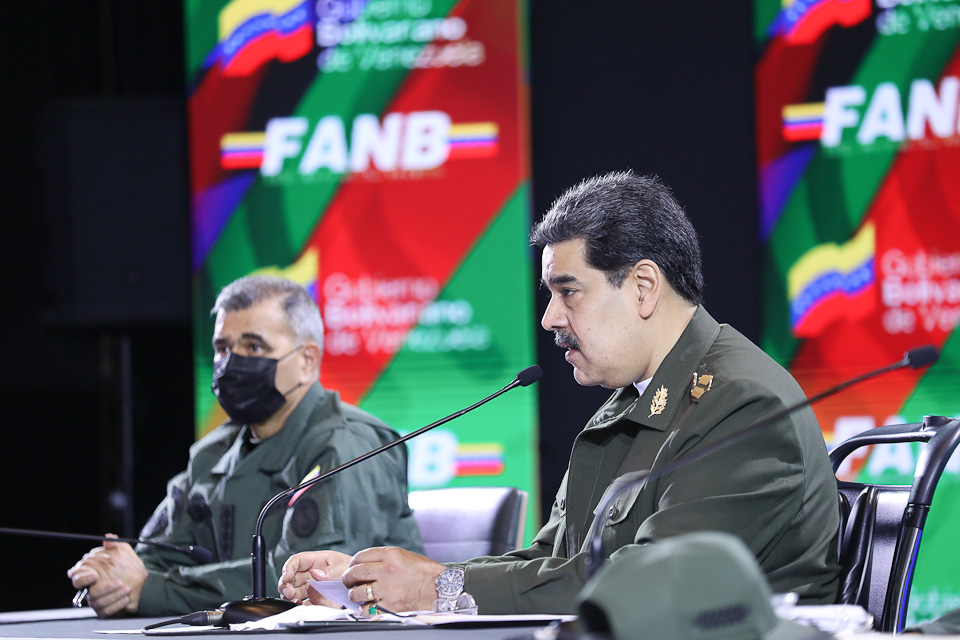 “I extend my hands to the Venezuelans, come back to your homeland, no one is going to persecute you here nor insult you, here we are going to give you a hug of love and together we go forward, recovering our homeland, our family, Plan Vuelta a la Patria!”.

This was exclaimed by the commander-in-chief of the Bolivarian National Armed Forces (FANB) and president of the Bolivarian Republic of Venezuela, Nicolás Maduro, when confirming his categorical questioning of the emergence of more homicides against Venezuelan migrants in Colombia.

He argued that he takes advantage of the military act, regarding a meeting with the 560 Tactical Units of the FANB, to “extend my two hands to the Venezuelans who have emigrated to Colombia, so that they return to their homeland Venezuela”, and thus “here they can be alive, in peace, in their land, because Venezuela is a good place, Venezuelans are good people, supportive, welcoming”.

In contrast to what happens in Colombia with fellow Venezuelans, President Maduro pointed out that in “Venezuela there are more than 6 million Colombians”, whom no one “persecutes, no one insults in the streets, no one speaks ill of them”, on the contrary:

“From the Presidency of the Republic we urge union, integration, love, solidarity with our Colombian, Ecuadorian, Peruvian, Chilean brothers, and from other latitudes: Arabs, Syrians, Palestinians, Lebanese, Portuguese, Spanish, Italians. Venezuela is a host country for migration”.

He exemplified that in “the last years of the economic war, a group of Venezuelans have gone to try their luck in the world and what have they found? persecution and death. In Chile, Peru, Ecuador, Colombia”.

Regarding the murder of Venezuelans in the New Granada nation, the dignitary said that these are episodes that have wrinkled the hearts of Venezuelans.

“if they are able to recognize these astonishing, tragic, criminal figures, what else can we expect?. These figures fall short before the magnitude of the murder and crime against Venezuelans as a result of the xenophobia sown and disseminated by Iván Duque personally. He has promoted this, Iván Duque is responsible and guilty of the persecution and hatred against Venezuelans in Colombia”.