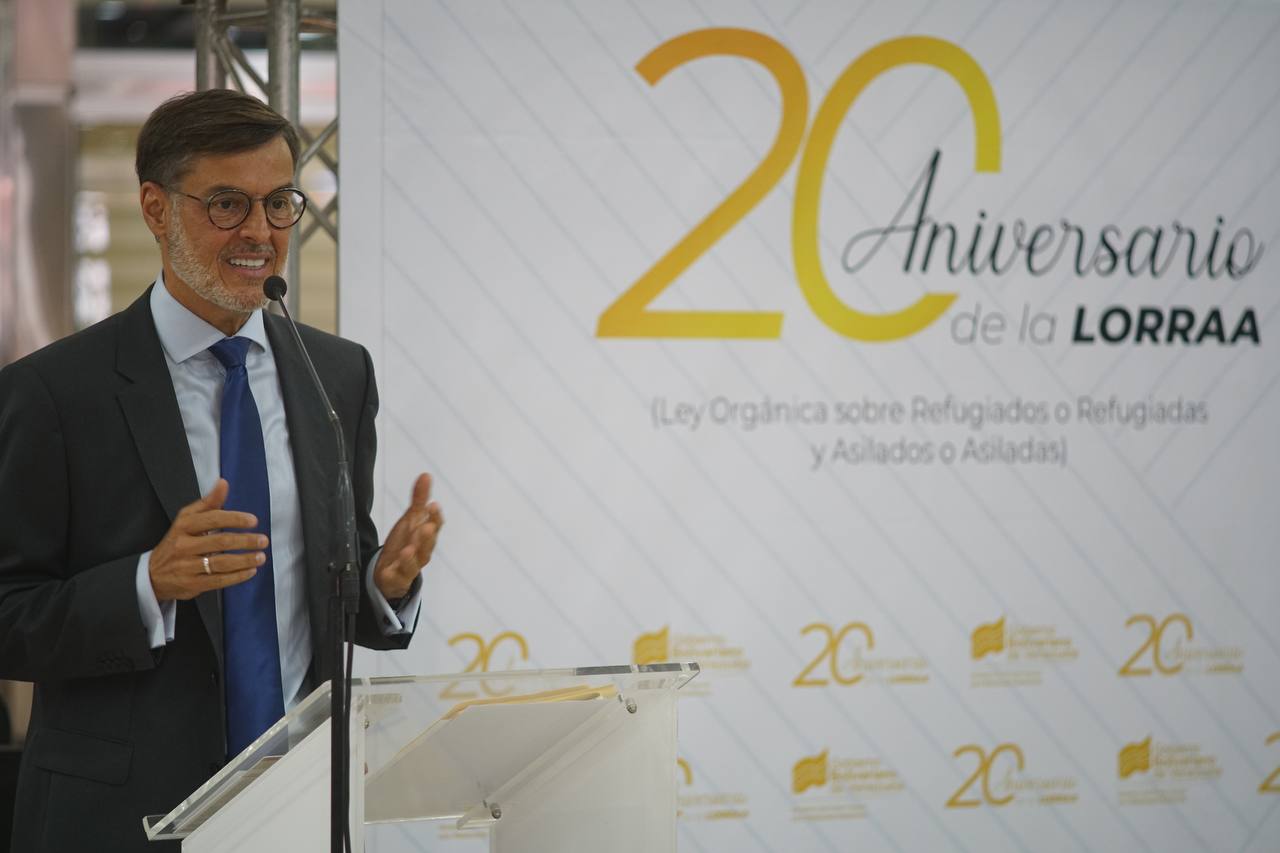 The exhibition took place in the headquarters of the Foreign Ministry, and it was opened by Foreign Minister Félix Plasencia; the President of Conare, Rubén Darío Molina; and Ombudsman Alfredo Ruiz.

Plasencia highlighted that Venezuela has historically been a host, inclusive, integrating country that welcomes with open arms all those in need of shelter, “people who have had to leave their countries because of wars and hardships to have a safe life.”

“Solidarity is part of the Venezuelans’ nature. Millions of Venezuelans with foreign origin coexist with us, and many of them are refugees from Colombia, the Middle East, Europe,” said Plasencia, who stressed that the discussion and enactment of the LORAA 20 years ago represented a debt with the refugee population.

The Venezuelan foreign minister also mentioned the impact of U.S. unilateral coercive measures on Venezuelan migration and the constant demand of the Bolivarian Government to lift them, as President Nicolás Maduro recently reiterated at the 76th session of the UN General Assembly.

Likewise, President of Conare Rubén Darío Molina said that the Bolivarian Government protects and guarantees right, and that Conare is aiming to formalize some pending elements to move forward with the granting of refugee status within the framework of the LORAA.

Finally, Ombudsman Alfredo Ruíz stressed that there is no discrimination on Venezuela against people requesting shelter, as established by the Constitution, because the State and all the sectors of the Venezuelan society are committed to complying with this legal provision.