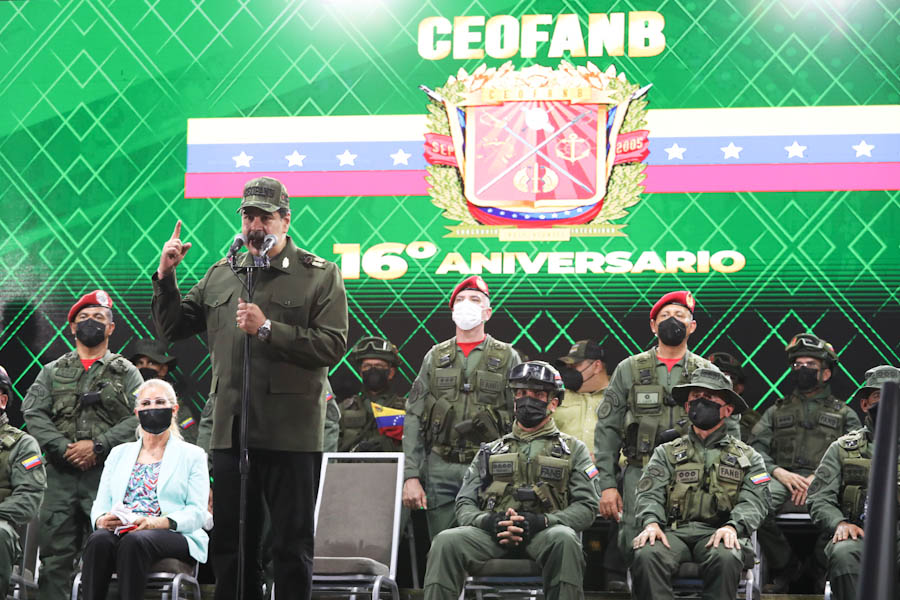 Venezuela’s President and Commander in Chief of the Bolivarian National Armed Force, Nicolás Maduro, denounced the infiltration into Venezuelan territory by a Colombian armed, drug trafficking group known as TANCOL, and ordered the country’s military to locate and expel these mercenary organizations.

At an event to commemorate the 16th anniversary of the Strategic Operational Command, where he announced the activation of the Bolivarian Shield Operation 2021, the Venezuelan president said “the strategy of the Colombian oligarchy is to infiltrate Colombia’s armed terrorist, drug trafficking groups such as TANCOL in our country.”

“They are not guerrillas, nor pseudo guerrillas, nor paramilitary; they are TANCOL, Colombia’s armed, drug trafficking terrorists. The TANCOL have been infiltrating Venezuelan territory,” said Maduro, who ordered “Venezuela’s military forces to declare war on the TANCOL, find them, force them out of the country, capture them and prosecute them to put an end to this threat against Venezuela’s security and peace.”

President Maduro described the TANCOL as “groups comprised by up to 100 men trained and financed in Colombia, sent to the border to undermine our security, attack the people, traffic Colombian cocaine and launch attacks against military, police, political and popular targets.”

Faced with this situation, the Venezuelan president said a plan is being prepared to identify the TANCOL and force them out of the country.

“I ask the support of the Venezuelan people, the people’s power, the communes, leaders and families to identify these Colombian armed terrorist groups wherever they are, to send our military forces and remove them like a tumor and force them out of our territory,” said Maduro.

He stressed that peace, stability and security are the premises of the Venezuelan Government.

“That’s what we want. Only with peace and security, we will deepen our efforts for the country’s recovery and to overcome the sanctions and the criminal blockade against the economy, to deepen democracy, freedom and the Constitution of the Republic.”

Venezuela’s president Nicolás Maduro praised the announcement made by Strategic Operational Commander Domingo Hernández Lara, who said that the FANB “will protect polling stations and guarantee the November 21 elections this year. The Plan República is ready.